Even over the summer, Huili pupils pursued excellence. They gave it their all and delivered outstanding performances in a number of academic and arts activities ranging from debate to music to charity. Here are some highlights of what pupils did in this summer. Let us take a look.

The Huili Debate Team were outstanding competitors at this year's Shanghai Chen Hui Cup, making it to the finals and going on to win the championship. Making this feat all the more impressive was the fact that they were the only Junior High School team to compete in a tournament for High School pupils.

The Huili team exhibited a natural frankness and a capacity for carefully considering problems and thinking quickly and independently.

Soon after, the Huili Debate Team competed as two teams in the National Chinese Language Debate Championship for High School pupils. This competition saw them opposing teams from Beijing, Nanjing, Dongguan and Shanghai. In the semi-finals, both teams even competed against each other, ultimately gaining first and third places in the tournament! 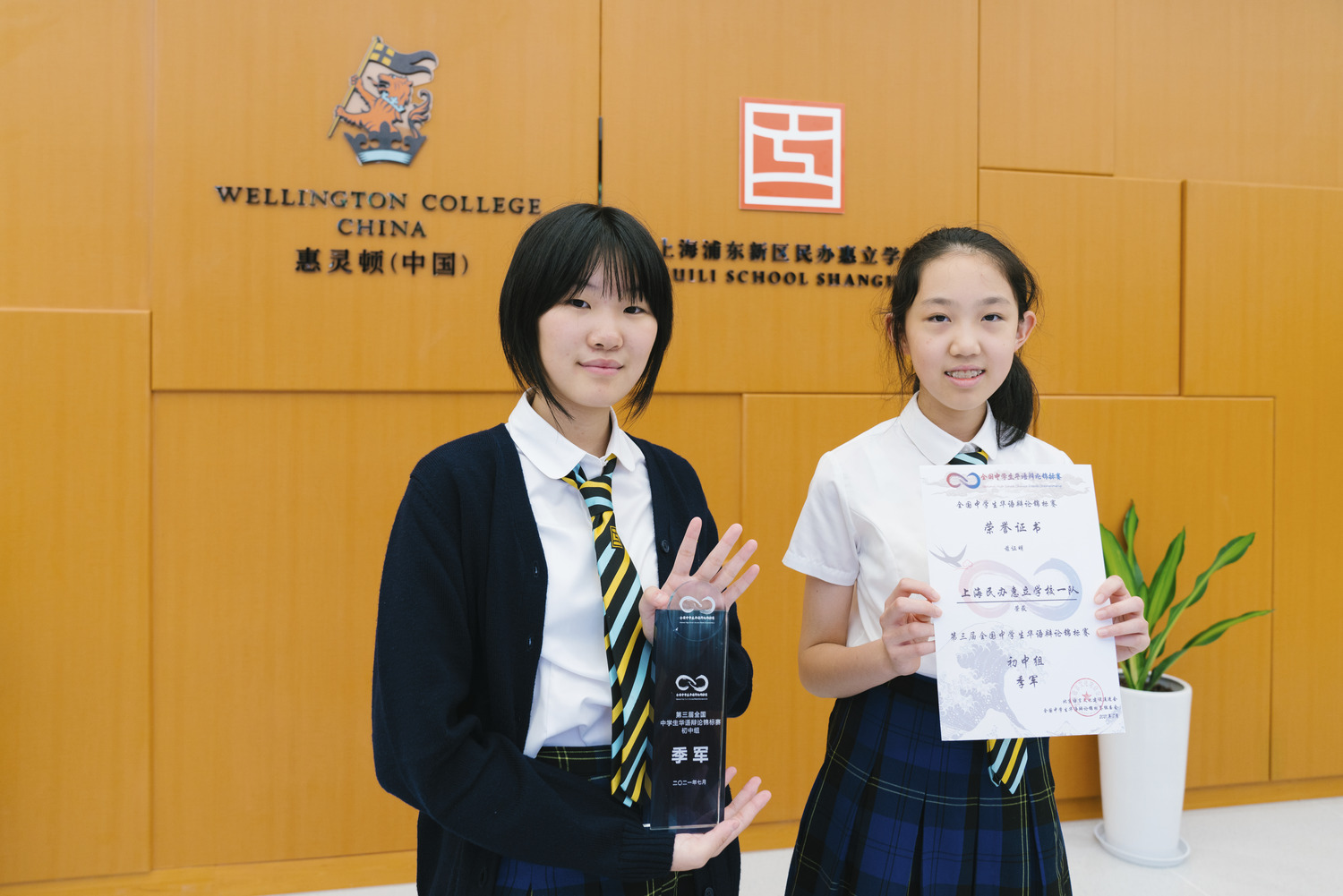 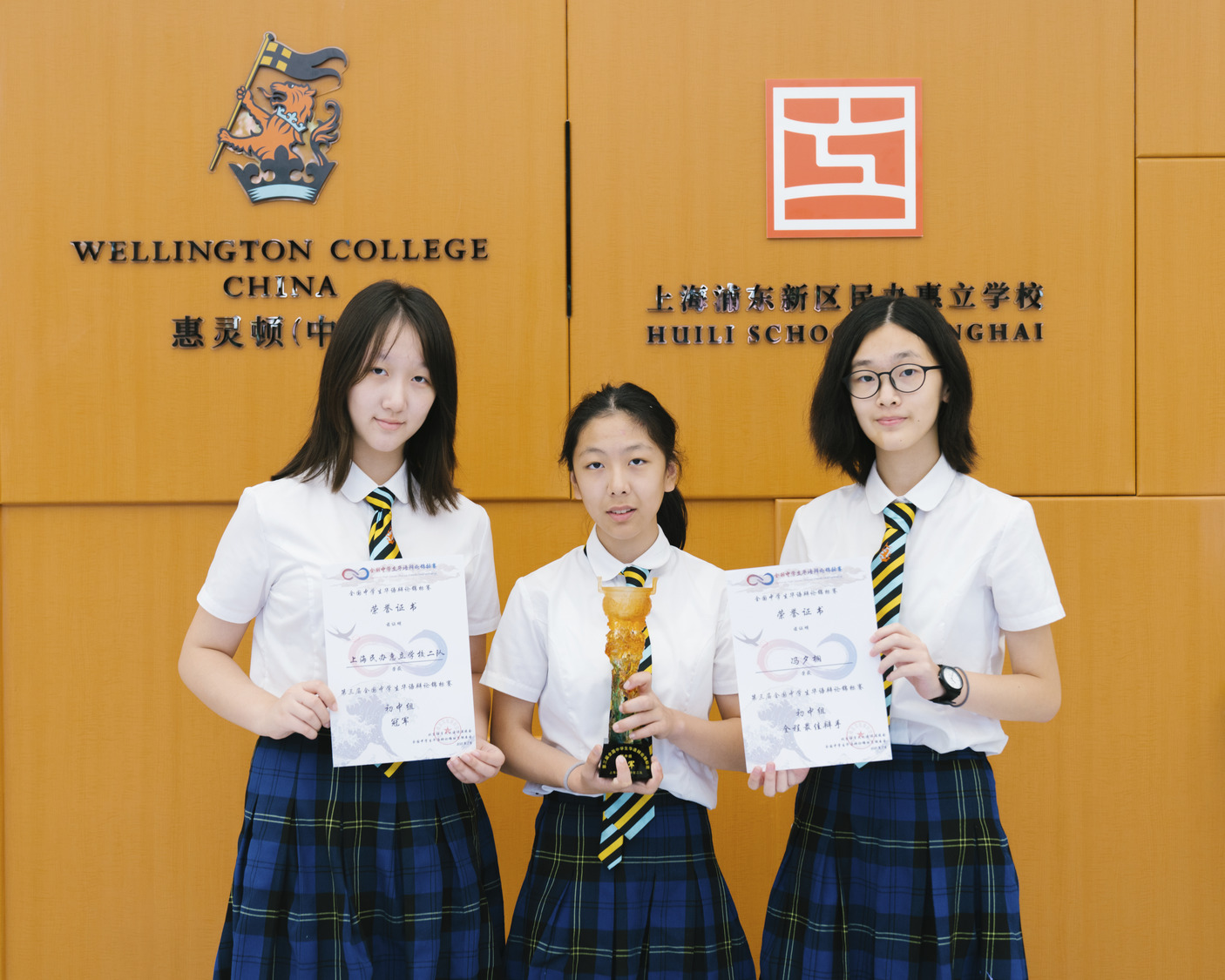 The team's coach said: “Debate competitions are very beneficial in identifying your restrictions and limitations. I hope tournaments like these will help Huili pupils grow and mature. It was exciting to win, but I also wanted to tell them that losing is as important as winning. How can you know which is more important if you have not lost?”

Bernice, who won best debater, described the key to winning this way: "We were more relaxed because we were in a good state of mind and never had the mindset of winning a championship."

This momentous victory came from months of hard work and dedication, from mental training in the classroom to practising their skills in the Debate CCA, and we are immensely proud of them.

The World Scholars Cup (WSC), also known as the 'Olympics of Academia', is a truly important event in the field of youth academics. This global competition features 50,000 pupils representing over 140 cities and 70 countries each year. It examines six major subject areas: science, sociology, history, art, literature and general studies. Competitors are judged both on individual ability and teamwork.

Our pupils represented Huili this summer at the WSC annual regional competitions and performed exceptionally well, winning a total of 106 medals, including 47 gold medals. Nine teams advanced to the global finals hosted by Yale University.

Mr. Hockley, coach of the debate team, said: “They all enjoyed themselves very much and demonstrated a high level of academic excellence. Our WSC CCA programme prepared them very well for this competition. I am so proud of their achievement!"

After this summer's hard work, Huili pupils will advance to the global finals at Yale University. We are confident that they will make us proud.

Formed in May 2020, STRIKERS is a band formed by pupils who share a common interest in music. Members are skilled at different instruments, including cello, viola, violin, piano, piccolo and clarinet. 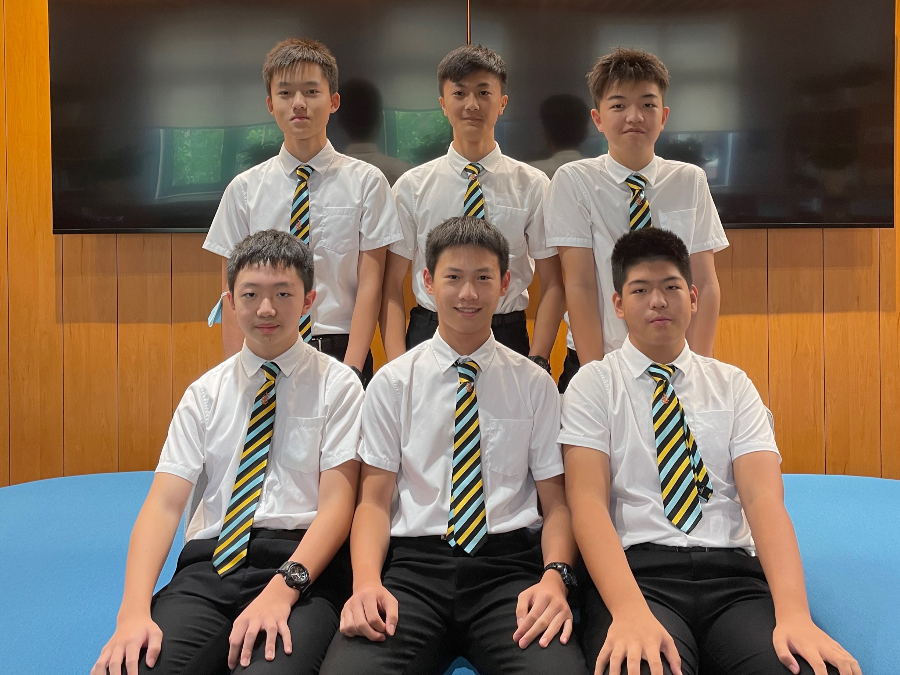 Over the summer, STRIKERS recorded a stellar rendition of the popular song ‘How You Like That’. STRIKERS practised the song to perfection and the post-production team worked their magic in the studio to create one excellent track. The ensemble is a hit! And they have channelled their talents into a good cause. They are using the music to raise funds for charities that are helping to rebuild after the devastating floods in Henan this summer.

The Huili Junior High School Pupils' Fund project was another way for Huili pupils to put the Huili Value of Kindness into practice. This project is the first campus-based youth funding programme in China.

Launched on 16 April 2021 and based on the global youth funding database, the Huili Junior High Fund programme may become the fastest moving project in history because of the collaborative efforts of the school, Friends of Huili and United Foundation, as well as the constant communication with international counterparts.

More than 20 Huili pupils experienced and were deeply involved in the full process of the fund programme. The field visits were a particularly important part of the independent session.

During the summer, the four projects selected by Huili pupils completed field visits, feedback collection and review discussions. They led the entire process, from preparing questions, connecting the charitable organisations, and coordinating with the school, to arranging transport and guiding on site. At the same time, Huili also made a name in the ‘10 Campus Charity Awards’.

Thanks to the top-down support of the community and guided participation, the Huili Junior High School Fund is small in size, but it has inherent advantages in terms of its adaptability, sustainability and growth momentum. 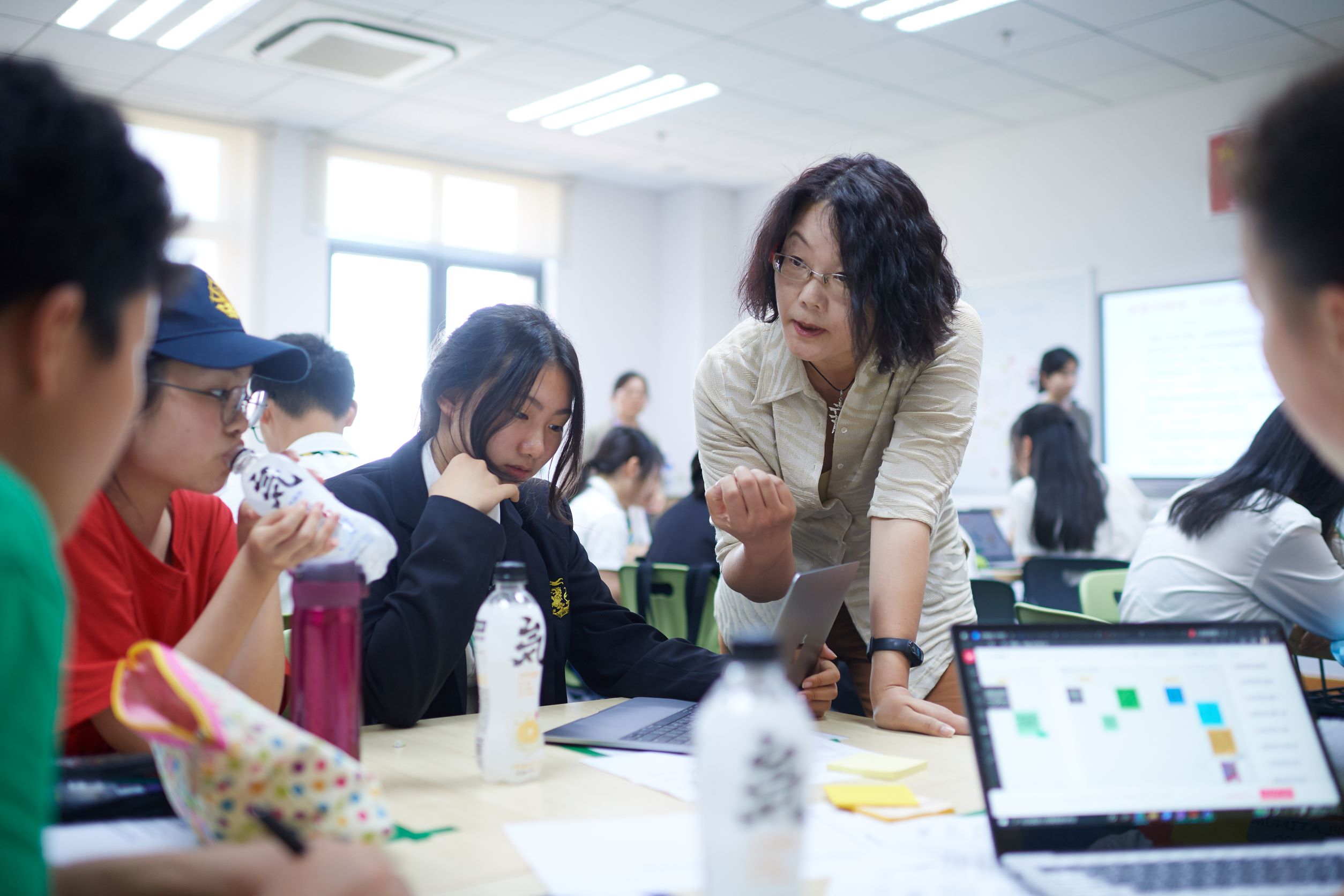 With the professional assistance of the United Foundation and the experience of DominosEdu, we believe it will develop to become more organised and specialised. Launching this project is another important milestone for Huili Shanghai. We have seen pupils’ understanding and passion for public service, their deep thinking about solving social problems, as well as their interaction with the real world. 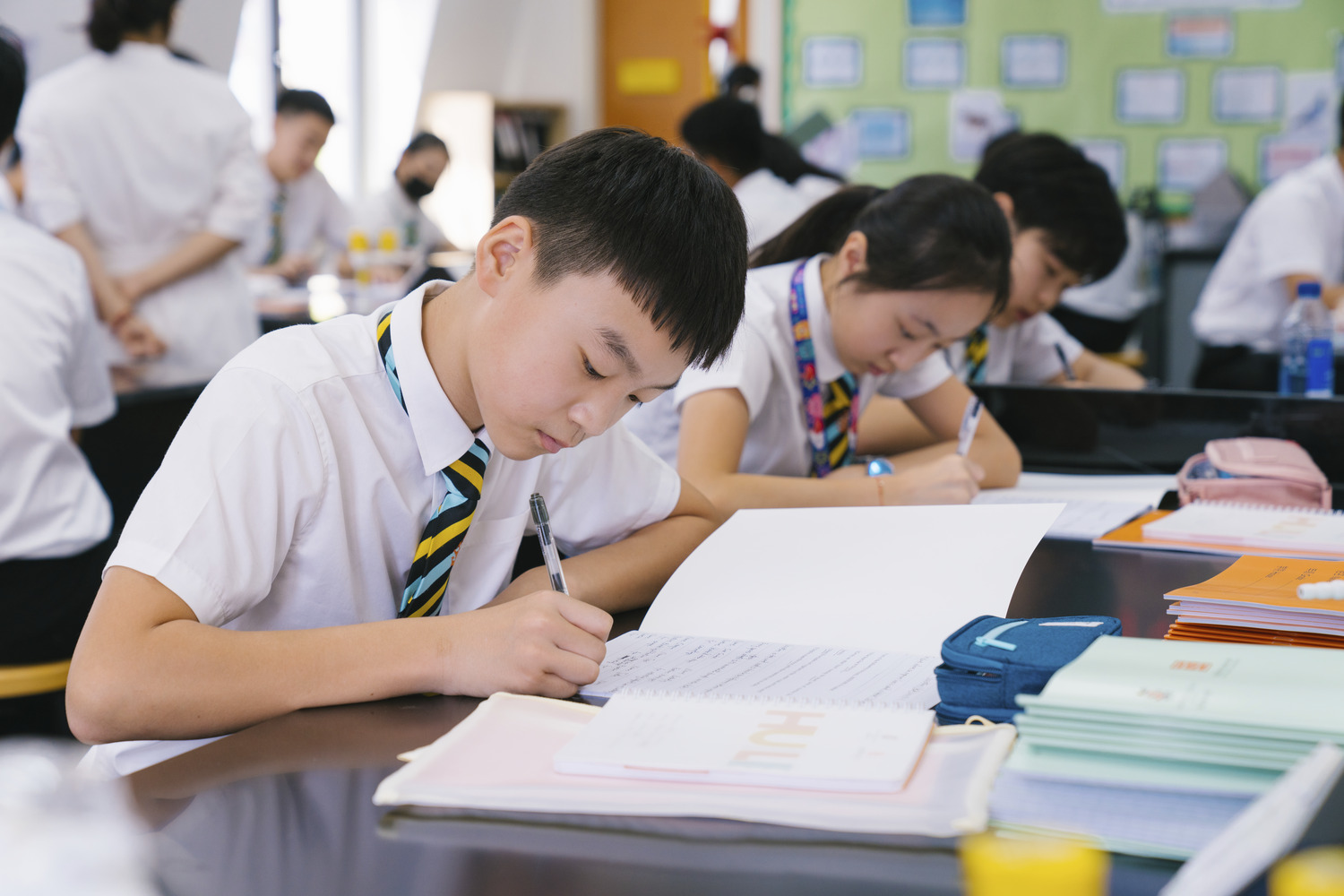 Through charity, pupils have discovered the value of putting Kindness into action and making a positive impact on the community.

As the new school year begins, we hope Huili pupils will continue to strive for excellence in sports, academics and the arts and that they can take on a bigger stage and let their better selves shine like stars.

The Huili education: One family's perspective

Celebrating the third anniversary of the FOH partnership