The value of public speaking

There is a quote from the English poet William Wordsworth that summarises the close relationship between language and logic. “Language," he said, "is incarnation of thought”.

As teachers, we ask, “How can we cultivate pupils’ speaking skills while developing their capacity for logical thinking? Moreover, when pupils understand the functions of language and thought, can they further understand the essence of Chinese and Western cultures contained in languages?” 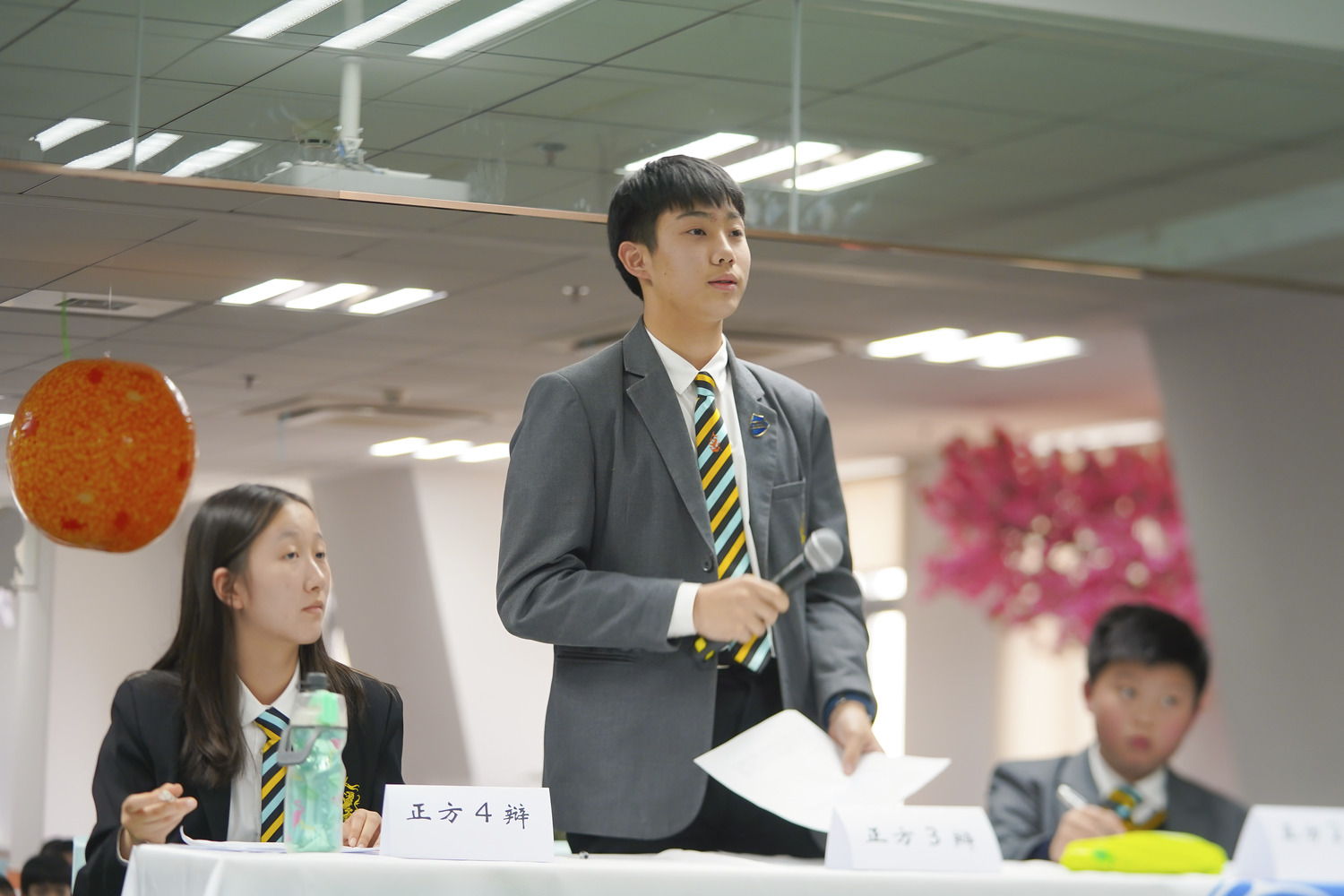 To address this challenge, Huili School Shanghai provides targeted CCAs such as debate team, mock trial, model United Nations and TEDxYouth@HuiliShanghai. Conducted in English, these courses teach our pupils a variety of subjects, like law, international relations and politics. They also learn to think and speak logically and clearly, which will serve them well as they learn to become global citizens. 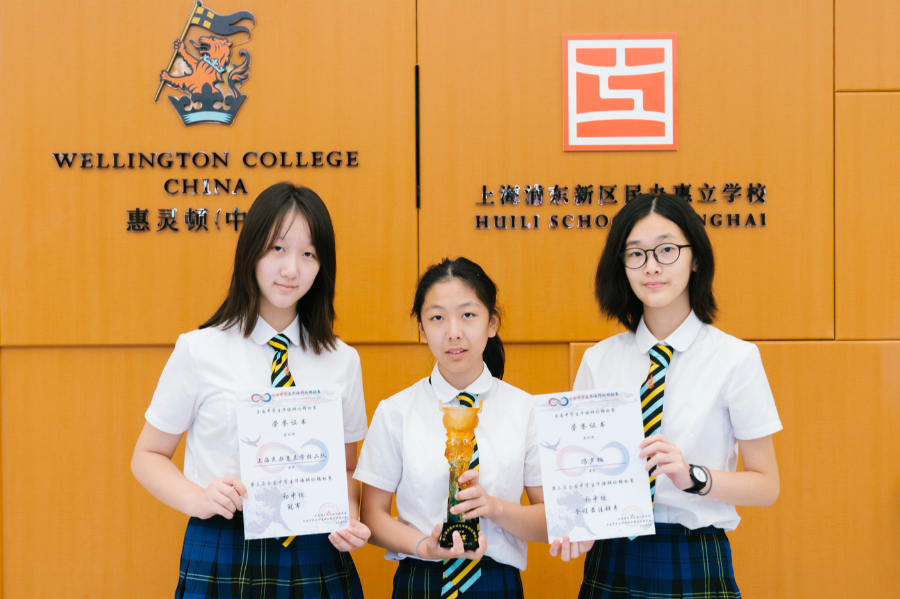 In the National High School Debate League of China (NHSDLC), Huili pupils faced off with competitors from international and bilingual schools from around China.

Two of our teams ranked in the top four in the open group and successfully entered the finals in their group. Many of them won individual awards, and the school won the ‘Best School’ prize. 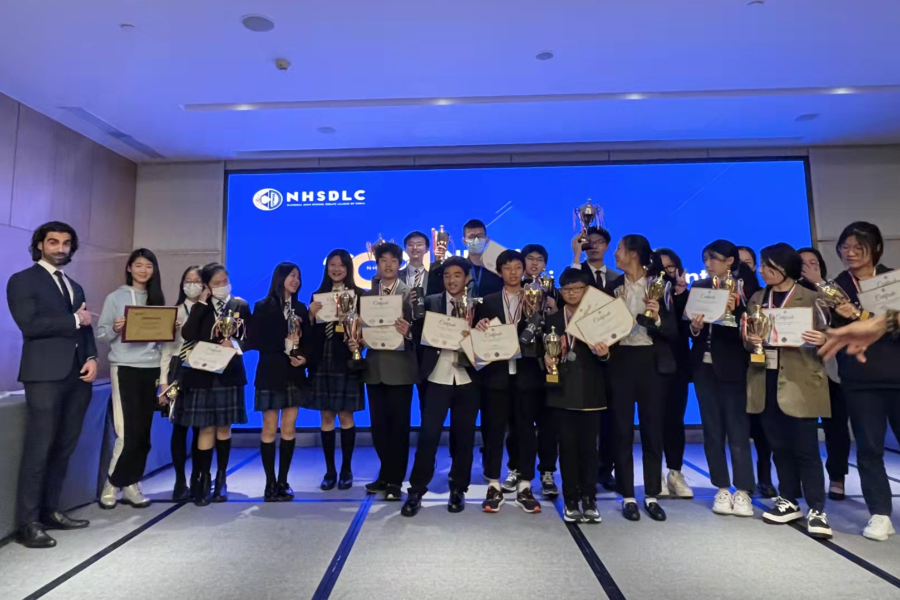 Our English debate team’s stand-out performance is the result of the NHSDLC CCA. This is a China-US cooperation programme organised by Stanford University. It uses the public forum debate format to educate pupils in China about public speaking. It teaches debaters how to express concise, clear opinions and to have the mental agility to respond to their opponents' rebuttals.

In this programme, teachers guide pupils in the research that helps them to learn issues from multiple perspectives and formulate arguments accordingly. The ability to understand the world in all its complexity is, of course, essential to cross-cultural thinking.

Our mock trial CCA focuses on the analysis and interpretation of specific legal cases and articles. It teaches pupils to express themselves accurately in the context of the law and how to defend their arguments. Last term, pupils in our beginners’ class learned the entire process of a trial, including how to analyse cases and present them in court. In our advanced class, teachers selected more challenging cases and took on various roles, such as plaintiffs, defendants, and witnesses. They read cases, prepared materials, learned court rules and argued for their side during the trial.

In the process, they learned clear communication, argumentation and questioning as well as teamwork and time management skills. They also gained a deep knowledge of subjects such as law, psychology, sociology, civic awareness and much more.

Model United Nations (MUN) is an academic activity created by United Nations for young people. Participants take on the role of diplomats from different countries, presenting their arguments in an MUN format.

The final decision is made by a vote. Pupils learn about diplomacy, rhetoric, terminology, current events, international relations, politics, economics, culture and so much more. 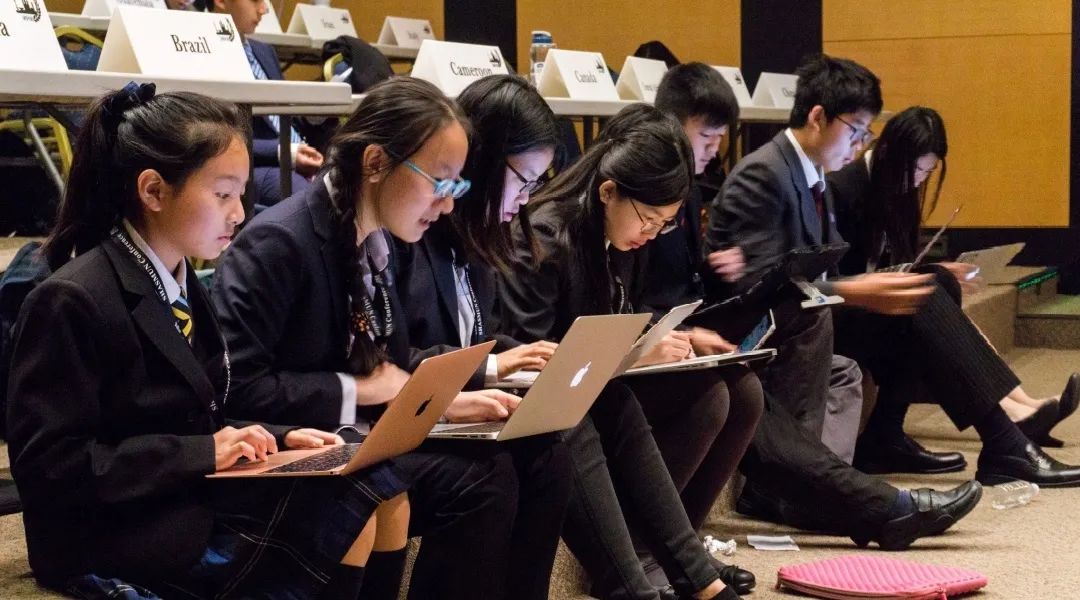 Public speaking is a big part of the CCA. Pupils deliver speeches that address challenges and propose solutions. It is an opportunity for them to learn how to communicate clearly and confidently in English as they interface with pupils from other schools.

This year's MUN CCA course chose to discuss issues such sustainability, pollution, climate change and gender equality. Each pupil participated as a representative of a UN member state. They worked in groups to identify possible solutions to problems, considering their respective countries' specific situation and national interests. 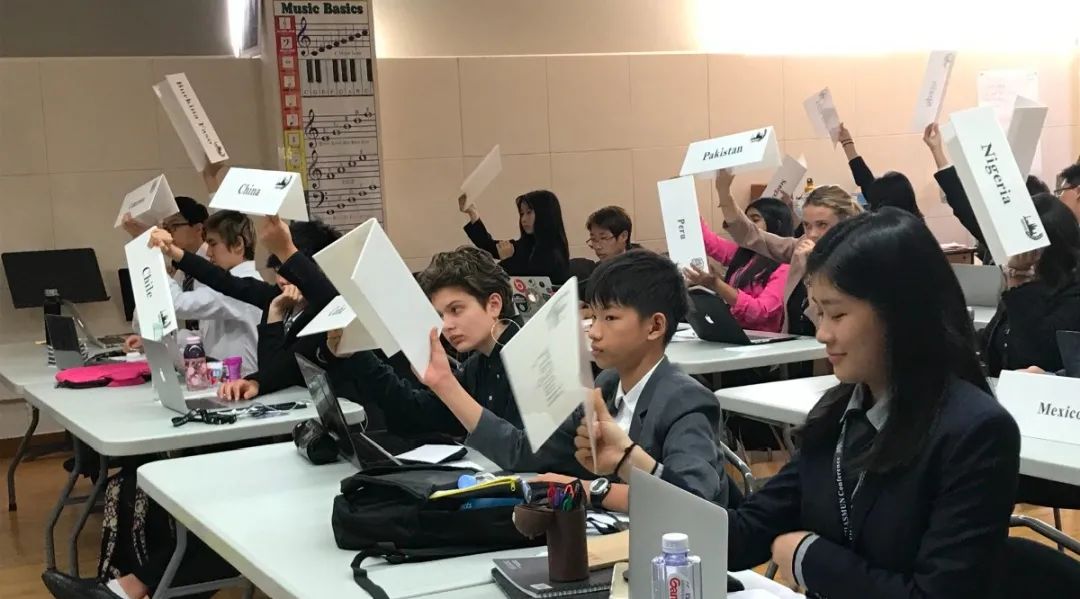 Unfortunately, due to the ongoing pandemic, most MUN events were cancelled last year, but Wellington College International Shanghai will host an MUN activity in March 2022, and Huili pupils will participate as chairs.

Short for Technology, Entertainment and Design, the ubiquitous TED Talk hardly needs an introduction. This popular presentation format features thought leaders sharing an idea or inspiration with an accompanying presentation in 18 minutes or less. They are object lessons in clear, concise and compelling communication.

TEDxYouth is a similar programme organised independently by communities around the world. Most of their audience and speakers are young people.

As organisers of the event, Huili pupils and teachers completed the entire process — from official authorisation to speaker recruitment and speech preparation to promotion and onsite execution. The first event took place on the evening of 16 February, 2022 in our new theatre.

In addition to public speaking, this event is an opportunity for our pupils to build their teamwork, leadership, time management and organisational skills. 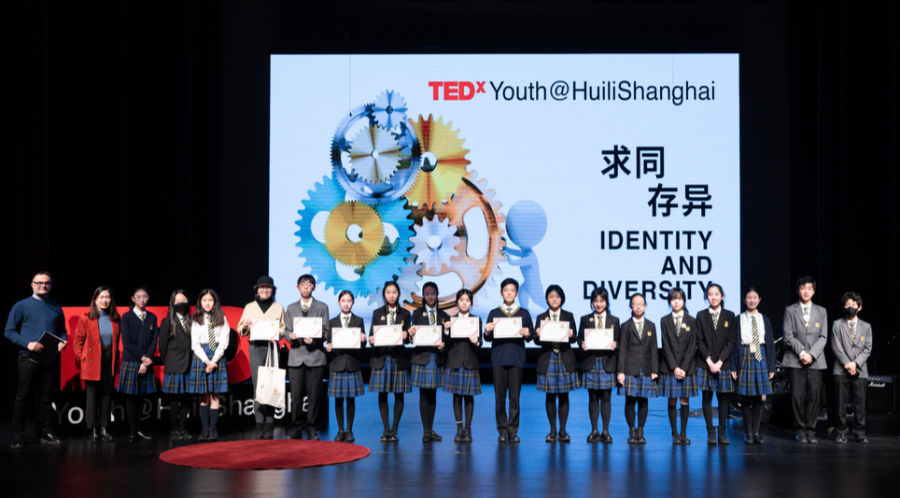 This year's theme was ‘Identity and Diversity’. Our bilingual learners had chance to reflect on and express their own experiences in bringing together the best of the East and the West.

The Importance of Wellbeing in School