2020 has been an exciting year for science in general and space exploration in particular. The CNSA successfully landed Tianwen-1 on Mars to collect data on the red planet and successfully landed its first reusable spacecraft. NASA has also confirmed the presence of water on the moon, a groundbreaking discovery that could lead to a lunar base for Martian exploration.

Most recently, China's Chang'e-5 spacecraft was sent into earth-moon orbit by a Long March 5 Y5 rocket to bring back soil samples from the moon. The research on these samples will help us to better understand the geological history of the moon and the evolution of our solar system. In spite of the many enormous challenges the world has faced this year, these are truly exciting times in the world of science. 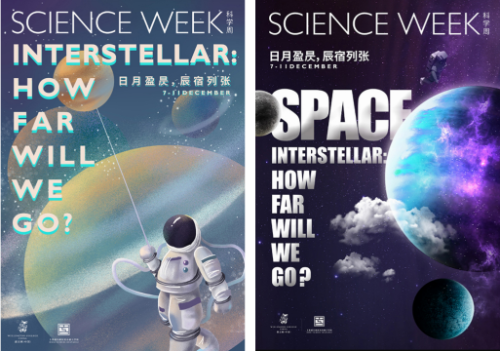 These recent accomplishments in space exploration are the inspiration for Huili School Shanghai's third annual Science Week. This year, we wanted our pupils to explore the wonders of the universe as we asked "How far will we go into the unknown?" This question was the driving force behind a series of engaging activities that included a pop-up planetarium, a pupil-produced science show, a science fair and, as always, our annual inter-house Science Bowl competition.

Pupils in grades 1 and 2 visited an on-campus miniature museum. The exhibit featured several models of spacecraft, such as the Chinese 6G satellite, built by pupils who attend the Lego CCA. Pupils explored the links between science and technology as they learned the value of STEM careers. They gazed at the heavens in our pop-up planetarium. They also had the opportunity to build their own rockets, launch them and see whose could fly the highest. 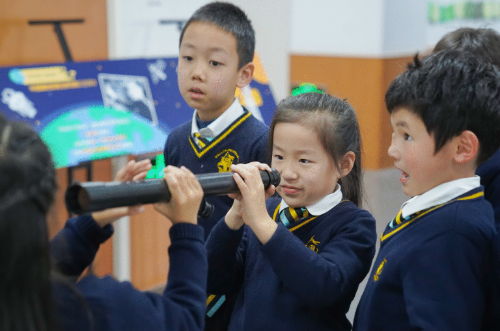 In the lessons running up to Science Week, grade 6 pupils completed independent science projects. This opportunity developed pupils' scientific enquiry skills, allowing them to apply their knowledge to a real-life question, design an experiment to test a hypothesis and apply their analytical skills to form a conclusion. 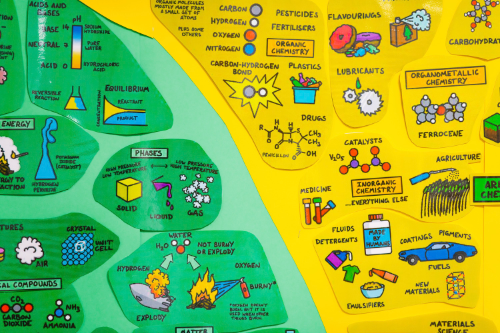 Activities like this are key to developing our pupils' understanding of the scientific method as well as other soft skills, such as organisation, team work and speaking and writing. Pupils then showcased their discoveries to classmates and parents. Projects included measuring the height of a rocket, investigating slime, the energy in our food and candy chromatography.

On Sunday 15th November, grade 6 pupils and parents were invited to attend the famous That Physics Show at the Majestic Theatre. Audience members marvelled at examples of angular motion and how light can be split into different colours. These were fundamental concepts that any budding astronomer should know. This inspired us to put on our own science show with the help of our grade 7 pupils. 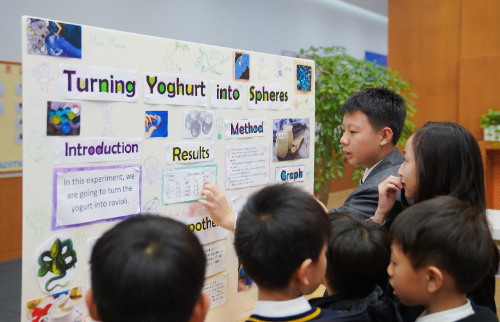 Pupils presented spectacular scientific demonstrations to our grade 3 and 4 pupils. Experiments included: using liquid nitrogen, making instant ice and creating 'elephant’s toothpaste'. Our younger pupils in the audience were fully engaged and are now very excited to study science more deeply in Junior High. In addition to stimulating their scientific curiosity, the pupils who put on the show learned valuable skills like time management, teamwork and public speaking.

Every year the pupils take part in the Science Bowl house competition across all year groups. Talented members from each house took part in an online quiz that tested their knowledge of space and space exploration. But, in addition to testing our pupils' knowledge, the competition was about building house spirit. Competitors had the full support of their housmates as they were cheered on for each correct answer. Congratulations are in order for this year's winning house, Xian House. 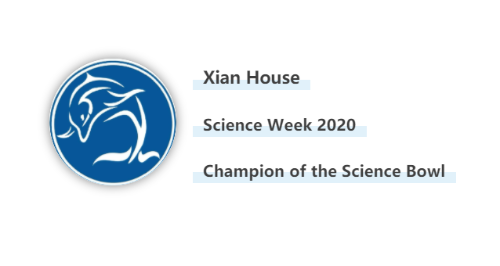 This year’s Science Week was designed to develop pupils' curiosity about space and inspire them to explore where it could take humanity in the future. We hope that Huili pupils will gain from this year's activities a sense of pride in China's accomplishments in space exploration, our nation's contributions to human knowledge and their place in the world as global citizens. After all, scientists may have a nationality, but science has no borders. 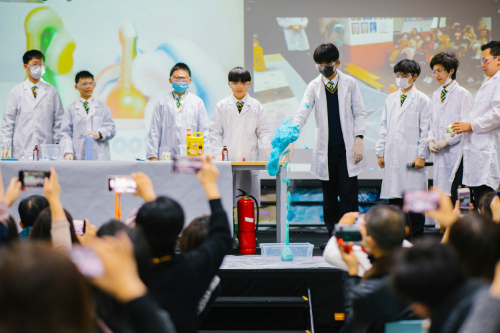