Papa, Please Get the Moon for Me by Eric Carle Eric Carle has written a simple, fun and heart-warming story about a girl who wants to play with the moon. The way the problem is resolved is a joyful surprise, even for the adults who read this book.

The Tin Forest by Helen Ward and Wayne Anderson With this beautifully illustrated book, pupils will learn a valuable lesson: always make the best of what you have.

Beegu by Alexis Deacon An alien named Beegu has crashed his spacecraft on planet Earth. Follow him as he struggles to find a place where he belongs.

The Flower by John Light This whimsically illustrated book tells the story of Brigg. He lives in a colourless city, but one day he finds a book in the library labelled, "Do Not Read." It is full of pictures of bright colourful objects called flowers, something that cannot be found in his grey city. He eventually finds a packet of flower seeds, which sets off a chain of surprises.

Varmints by Helen Ward This is a wonderfully illustrated book that teaches the importance of stopping to appreciate nature, a very timely subject given the climate change crisis.

Penguin Problems by Jory John From cold weather to the endless squawking of fellow penguins, being a penguin isn't always easy. This recommendation from Mr. Lawson is a funny but powerful book that resonates with children and adults alike.

Lily Quench and the Dragon of Ashby by Natalie Jane Prior This imaginative fantasy book follows Lily, an orphan who discovers she is from a family of dragon slayers. It is the first in a series of seven books following Lily's adventures. English books for Primary School Grades 3 to 5

Cloud Busting by Malorie Blackman Cloud Busting is a touching story that explores friendship and celebrates individuality through poetry. The entire book is written in verse, and in each chapter the author employs a different form of poetry.

Kick by Mitch Johnson Set in Jakarta, Indonesia, Kick tells the story of a boy who has big dreams of becoming a football superstar. Full of unexpected plot twists, it teaches us to never let anything stand in the way of pursuing our dreams. 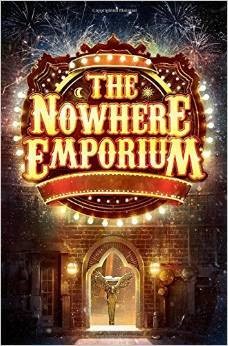 The Nowhere Emporium by Ross Mackenzie Life is hard for the orphan Daniel Holmes. He has no friends at his Glasgow orphanage, and he is constantly bullied. But things suddenly change when he runs away from a couple of bullies and stumbles into a magical shop. The Nowhere Emporium is the perfect book for fans of the immensely popular (and also recommended) stories of Philip Pullman and Neil Gaiman.

My Side of the Mountain by Jean Craig head George In the action-adventure classic, a young boy learns bravery, self-reliance and the importance of companionship as he tries to survive on his own in the wilderness of the Castkill Mountains in upstate New York. Chinese books for Primary School Grades 1 and 2

Journey to the West by Wu Cheng’en Journey to the West is often the first of the Four Great Chinese novels that young pupils get to know. This masterwork from the Ming Dynasty boasts a colourful cast of characters and imaginative stories that have excited readers for centuries.

Dai Xiaoqiao and his Play Pals by Mei Zihan What happens between Dai Xiao qiao and his play pals echoes our experiences in real life. Author Mei Zihan tells stories with a keen eye for detail. Why do childhood memories have such lasting impression on us? You just may find the answers in this book. Chinese books for Primary School Grades 3 to 5

The Adventure in the Kingdom of Falsehood by Gianni Ro dari Author Gianni Rodari imagines a kingdom of opposites. Right is wrong, Pirates become saints, and saints become pirates. People say "good night" in the morning and "good morning" at night. Only falsehoods are permitted in this kingdom and those who dare to utter truth are imprisoned. Naturally, strangeness ensues.

Writings from Yuanyuan Hall by Feng Zikai Feng Zikai is a renowned cartoonist and essayist in the canon of modern Chinese painting and literature. This collection of illustrations and essays depicts the picturesque natural landscape of the Yangtze River Delta. It promises to strike a chord with readers and is a great supplementary read for anyone studying Chinese language.   Chinese books for Primary School Grades 3 and 5 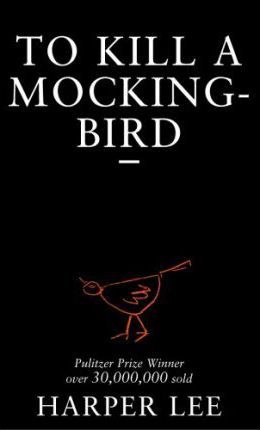 To Kill a Mockingbird by Harper Lee This classic of modern literature tells a moving story about race relations at the height of the American Civil Rights Movement. Published in 1960, To Kill a Mockingbird is set during a period of intense racial divide in the American south. The story follows the young Jean Louise "Scout" Finch as she navigates a community full of racial prejudice. Meanwhile, her father, Atticus Finch, is a lawyer appointed to defend a black man accused of a crime he did not commit.

Northern Lights by Philip Pullman (Carnegie Medal winner) Set in a parallel universe, the first novel in Philip Pullman's His Dark Materials trilogy recounts the exploits of Lyra Belacqua as she journeys to the Arctic in search of a lost friend, her imprisoned uncle and Lord Asriel, who has been conducting experiments with a mysterious substance known as "The Dust." If you like magic, fantasy, science and adventure, then Northern Lights is a must for you this summer.

The Hitchhiker’s Guide to the Galaxy by Douglas Adams It's an ordinary day for Arthur Dent—ordinary, that is, until his house is demolished. Not long after, he narrowly escapes planet Earth as it, too, is destroyed to make way for a new hyperspace express route. As if things weren't strange enough, his best friend has just revealed that he is a galactic hitchhiker and a space alien. Douglas Adam's seminal work is essential reading for any science fiction lover. It's a fun romp through the far reaches of space that's full of wit, satire and whimsical speculations on the nature of existence.

Mort (1987) by Terry Pratchett This satirical fantasy novel speculates on what would happen if Death took a holiday and hired a human apprentice. What follows is a hilarious and insightful adventure as Mort grows in maturity and wisdom. The fourth book in Pratchett’s Discworld series, it is a humorous and heartfelt reflection on humanity and mortality that will have you laughing out loud at each paragraph. 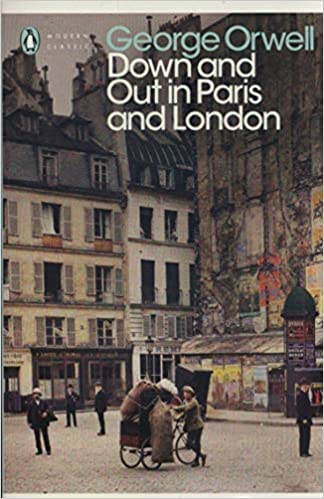 Down and Out in Paris and London by George Orwell George Orwell's memoir of his time as young writer is a meditation on the inherent contradictions and hypocrisies of the British and French empires. In the late 1920s, France and Britain are two of the greatest nations on earth. Their fabulous capital cities, Paris and London, are regarded as the centre of the "civilised" world. However, despite their opulence and splendour, a large underclass lives in squalor. Reading this book would be beneficial for our pupils in developing a greater sense of empathy with the wider community upon whom they rely.   Chinese books for Junior High

Silent Spring by Rachel Carson Indeed, 2020 has proved to be an unusual year, and much of what we are experiencing can be directly tied to our relationship with the environment. We owe much of how we think about the environment to author Rachel Carson. This landmark work explores the long-term damage that pesticides can have on the environment and, in turn, our own health. Reading this book will make you rethink how your actions affect world around you.

Children Who Think About Big Questions by Anne-Sophie Chilard and Gwenila Bly This collection of humorously thought-provoking comics addresses the curiosity that all of us have about the world. It reminds us that even if we cannot find all the answers to our questions there is nothing wrong with a bit of ambiguity.

My Father Feng Zikai by Feng Yiyin Influential Chinese cartoonist Feng Zikai was displaced throughout much of his lifetime and suffered many hardships. His works, nevertheless, always depict a picturesque and tranquil world where people are kind and merciful. The author recalls different stages in the life of Feng Zikai reflecting on how he went about daily life.

Decisive Moments in History by Stefan Zweig This book documents 14 pivotal moments that, in the words of author Stefan Zweig, determined "the life and death of a person, the survival of a nation and even the fate of all mankind.” Zweig, is a skilful storyteller with a talent for getting into the minds of the people writes about. This book is sure to make history come alive.

The Taste of Life by Wang Zengqi It is often the ordinary, everyday things in life that bring us comfort and joy. And these objects often wield a power that lasts through generations and defines a culture. Wang Zengqi is acutely aware of this, and it shows in his reflective writings on Chinese aesthetics. In this book, Wang Zengqi explores Chinese culture through the lens of its clothing, food, design and transportation. In addition to these reading recommendations, pupils are invited to visit the Huili Digital Library. Here, they can find plenty of academic journals, international news periodicals, audiobooks, digital encyclopaedias and many digital science resources as well. Among them, AudioBookCloud and Lit2Go are audiobook resources. These sites host thousands of native-speaker English language audiobooks our students can access free of charge. These resources also contain full text of the books so children can read along. World Book, as a digital encyclopaedia, helps pupils to learn about many topics from inventors to endangered animals. It saw over 1,400 visits this year. Gale Science in Context and History in Context are digital resources for our older pupils, allowing them to delve into English social studies and other curricula. As we prepare for the summer break, library teachers have collated and analysed book lending data to better serve our pupils. They will inventory our print collections and expand digital offerings during the summer vacation. Next year, pupils will have access to a greater range of databases and fiction e-books. This summer break will be considered exceptional, , as we still need to obey certain behavioural restrictions but reading will take us to an excursion in the sea of books. We wish all Huili pupils a relaxing and enriching summer holiday full of books.   THANK YOU *We would like to to extend our sincerest gratitude to the following teachers and pupils who made a contribution to the recommended booklists: Paul Farley, Zac Casey, Matthew Lawson, Penelope Mulholland, Catherine Donnelly, Daisy Xie, Brian Curd, Isabelle Charrot-Grinsdale, George Stekelis, Shane Maher, Daniel Wright, Yoland Li and the pupils of Primary School.

The unusual ‘Gap Year’ we are experiencing