If we distil Chinese learning into its simplest elements, it comes down to inputs and outputs. By ‘input’, we mean comprehension, and by ‘output’ we mean expression. These principles are central to how we go about Chinese learning at Huili. In part I of this article, we explained how we build pupils’ thinking patterns by encouraging them to take in and process large amounts of input through critical thinking. 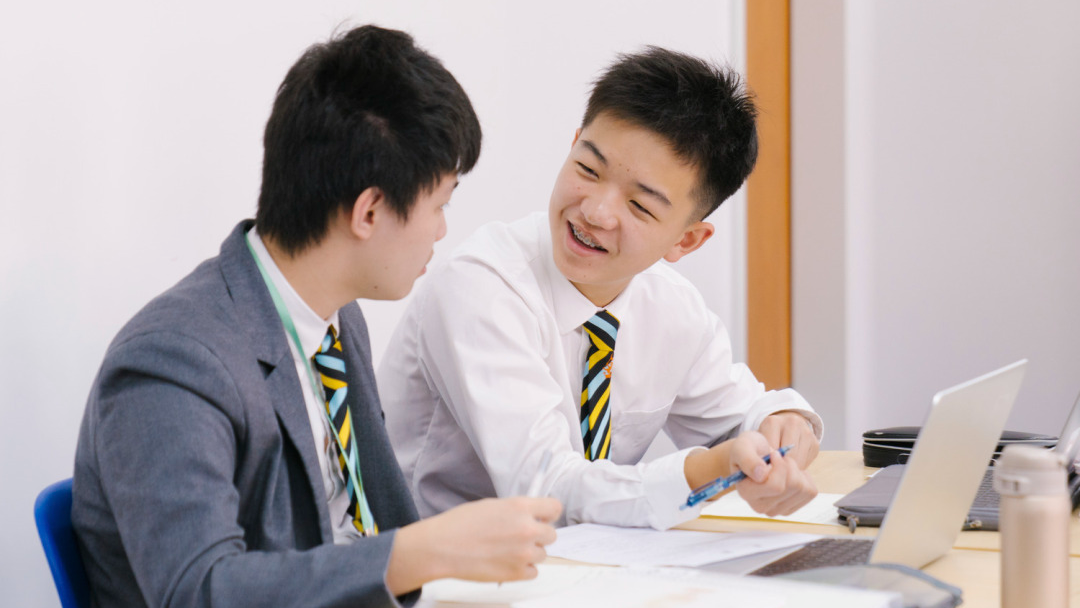 ▲Click to read "Learning empathy and critical thinking through literature - I"

By doing this, we promote empathetic thinking, which leads our pupils to generate thought-provoking ideas. But ideas must be refined and clarified before we express them, so another important goal of our Chinese teaching is bridging the gap between comprehension and expression.

From comprehension to expression

Considering questions about the author and the plot

Identify the author’s viewpoints, evaluate them from one’s perspective and elaborate on one’s views

Our team also guides pupils in extended analysis of the text. This entails drawing connections between literary works of different eras and identifying how they are relevant to our lives. In so doing, we help our pupils develop a greater capacity for critical thinking and empathy. They will gain the confidence to formulate and express their ideas. 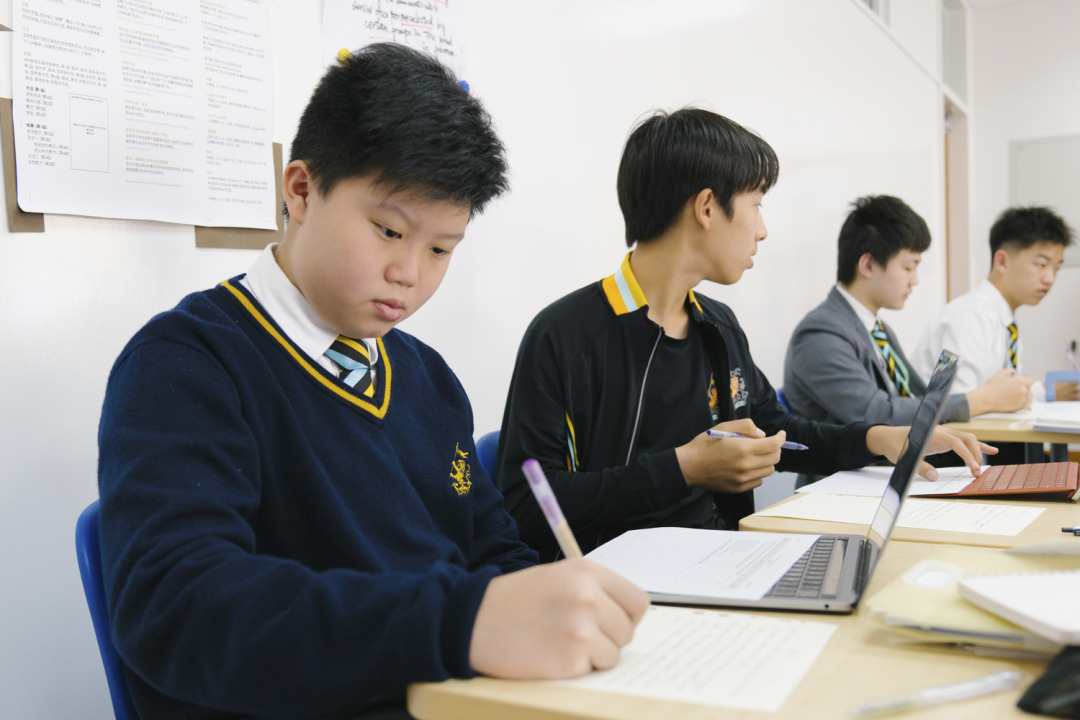 For example, one of our teachers recently assigned our grade 7 pupils a writing task entitled ‘Similar Lives Across Time and Space’.

Before that, she used a modern youth's biography to link the backgrounds of four poems. Through this exercise, the pupils were transported to the time when each poet lived. It enabled them to experience the historical context in which these poets were wrote.  By putting themselves in these poets’ shoes, they gained greater empathy. This enabled them to write a composition from a place of deeper understanding and more genuine expression.

Similarly, comparative study of texts helps our pupils develop their logical reasoning skills. Our grade 8 pupils, for instance, discussed the theme of the Chinese myth Yu Gong Moves Mountains from both a Taoist and secular (Confucian) perspective. They learned that one’s perspective can lead to remarkably different interpretations of a text.

Both interpretations are correct from either perspective, and we can have similar discussions in several other contexts. By applying such discussions to current affairs, we help our pupils build a stronger understanding of the world around them. They learn to enquire about matters, formulate opinions and express them clearly.

The internet can be a great source of information as well as a great force of destruction. This is why teaching our pupils empathy and critical thinking is now more important than ever. 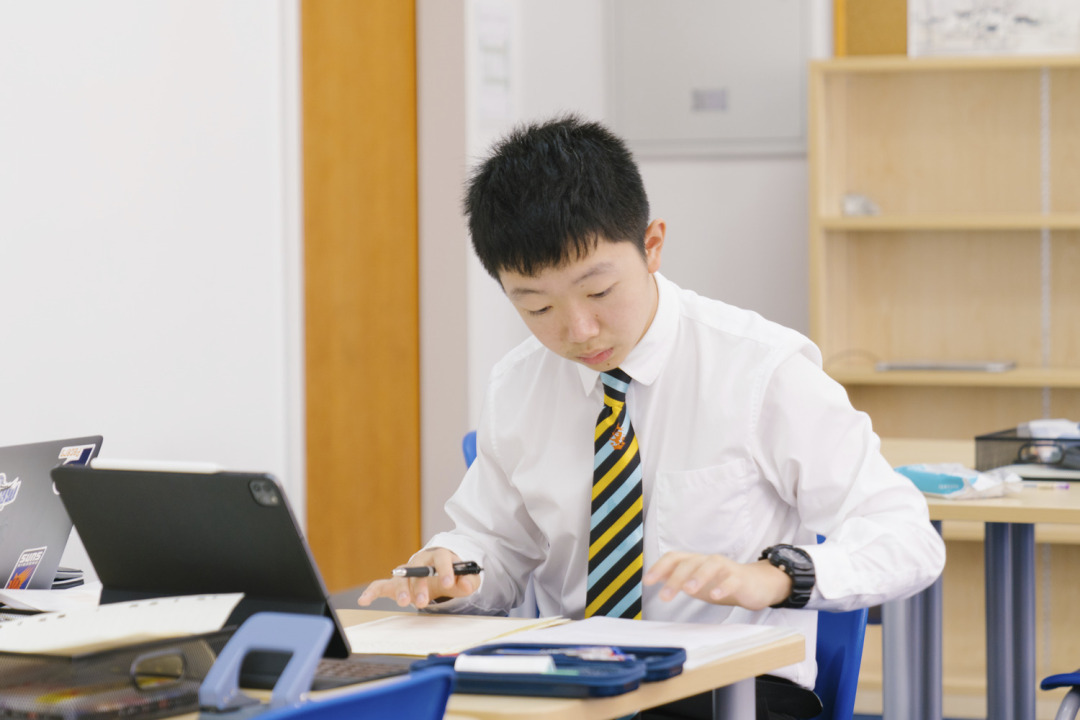 Liu Yuxi’s prose-poem The Scholar's Humble Dwelling conveys his idea that the “people that I associate with are all renowned scholars”. Our pupils found this posture off-putting. Many of them drew a parallel between Liu Yuxi’s sentiments and a recent remark from pianist Zhao Yinyin that drew the ire of Chinese netizens.

This led to a lively discussion about how Liu Yuxi’s poem might be received by netizens in today’s social media environment. It prompted the teacher to ask our pupils how they avoid being so-called ‘keyboard warriors’ online.

It was important to see the whole picture, so pupils researched the poet and the context of his work. Eventually, they found that Liu Yuxi used the quiet and elegant environment of the ‘humble dwelling’ to express his aspirations. They discovered that the poet did not intend to boast or brag about his station in life. Rather, the poem was a retort to adversaries who had repeatedly slandered him.

As Huili has been adhering to the principle of ‘A proud tradition, educating for the future’, Chinese teaching is to pave such a pathway for the young generation, helping them to become rational thinkers and eloquent speakers. They are the inheritors of excellent national culture, ambassadors between Chinese and Western cultures, and promoters of positive change in the world.

Guidance on University admission and future career at Huili