The strength of Huili science in Secondary School

Over the past few months there have been a variety of exciting experiments that pupils have completed, from heart and eye dissection to making bottle rockets! 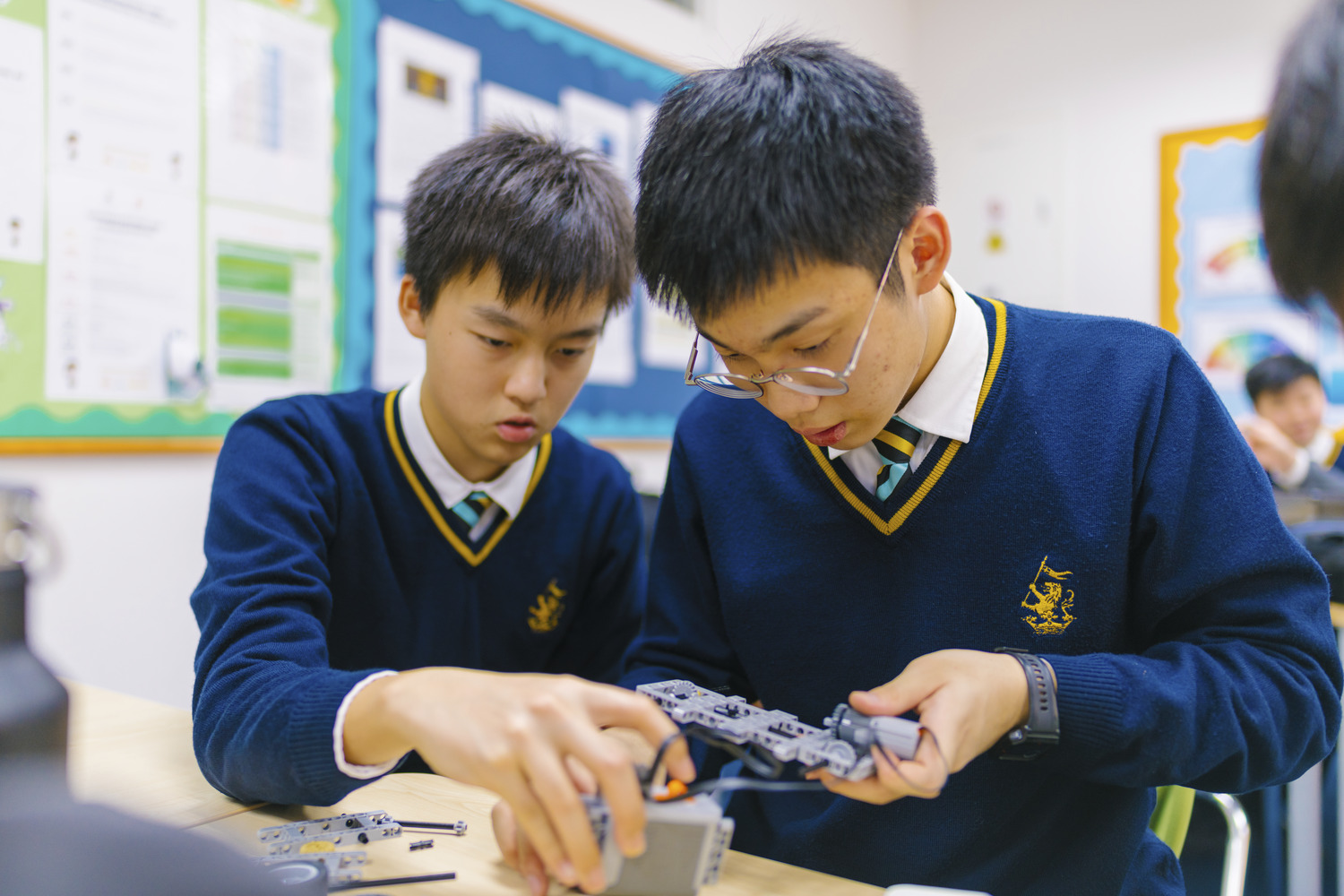 Pupils at Huili are given hands on experience to help them gain a better understanding of scientific theory.

Pupils in G6, G7 and G7 receive a balanced curriculum by studying a combination of Biology, Chemistry and Physics. Topics include cells, particles, chemical reactions and electricity.

There is a high focus on enquiry-based learning, where we allow pupils to independently design their own experiments, collect their own results and analyse the data to draw their own scientific conclusions. 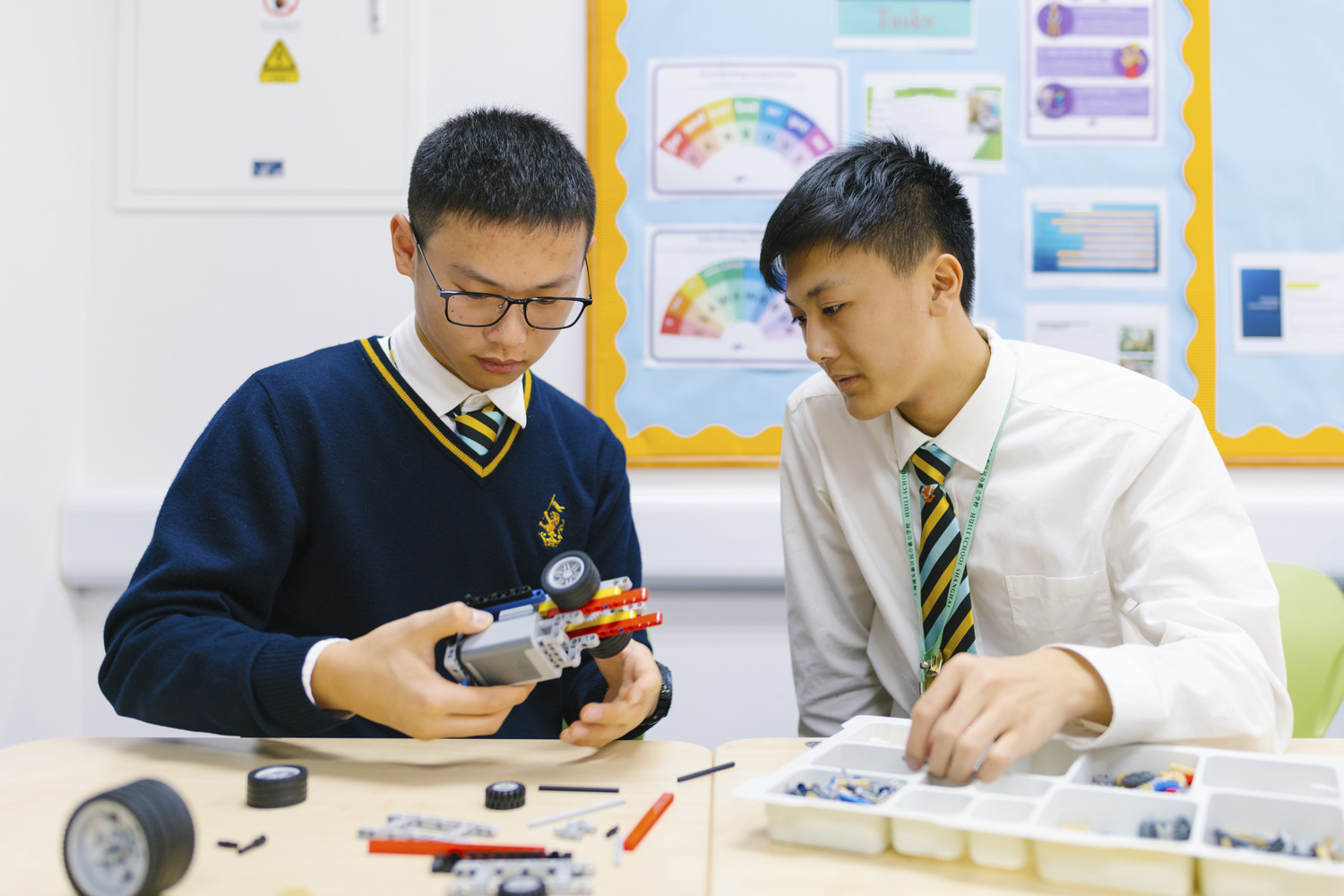 These skills are then applied to an end-of-year science project. Pupils are encouraged to solve a question that they might have by following the typical steps within a scientific method. This includes forming a hypothesis, designing a method, identifying variables, constructing a table for results, presenting their findings graphically, drawing conclusions and conducting a detailed evaluation.

The skills developed here promote pupils’ ability to self-moderate and reflect. As these skills are transferable, they can be applied to other subjects within their learning journey.

G9 and G10 pupils at Huili take a combination of Chemistry, Biology, and Physics. Pupils are taught by subject specialists who have studied these subjects to degree level and beyond. This ensures that lessons are of a high quality and provide challenge for all.

In G11 and G12, pupils will have the opportunity to deepen their understanding of a specific scientific field. This will ensure that they are well prepared for university and beyond.

Having this deep understanding will provide pupils with the opportunities to study courses such as medicine, engineering, biochemistry and other scientific degrees at the world’s leading universities.

In December 2021, pupils in grade eight took part in the ‘You Be The Chemist’ competition. This programme uniquely connects business and education in local communities to reach pupils early in life and ignite a passion for chemistry and science-related careers.

Companies and individuals in the science and chemistry industries have invested in ‘You Be The Chemist’ since 1989, to inspire young pupils into a lifelong passion for these fields. Programs are implemented in partnership with schools and education programs so activities align with local workforce and learning needs.

This experience provides pupils with the opportunities to link their education to that of their career. It continues to raise aspirations for all and develop skills that pupils will use in later life. Impressively, all Huili pupils who took part passed with distinction.

Perhaps the biggest event so far this year was the secondary STEM day. On Tuesday 30th November, pupils across Huili engaged with science, technology, engineering, and maths in tandem with each other. Pupils used science and technologies from the past and the present as they engaged with novel problems that challenged them to think like scientists throughout the day.

To quote Edward Teller, “The science of today is the technology of tomorrow” which Huili pupils truly embodied throughout STEM Day. They engaged with existing science and technologies to engage in some of their activities whilst using pioneering and cutting-edge science to accomplish others.

STEM day commenced with a speech from Dr. Ermacora and pupils learned how robots and STEM are helping disadvantaged people across the world, highlighting recent examples in improved insulin management of people suffering from diabetes. With the pupils suitably motivated, they set off across the school to gain an experiential understanding of STEM. 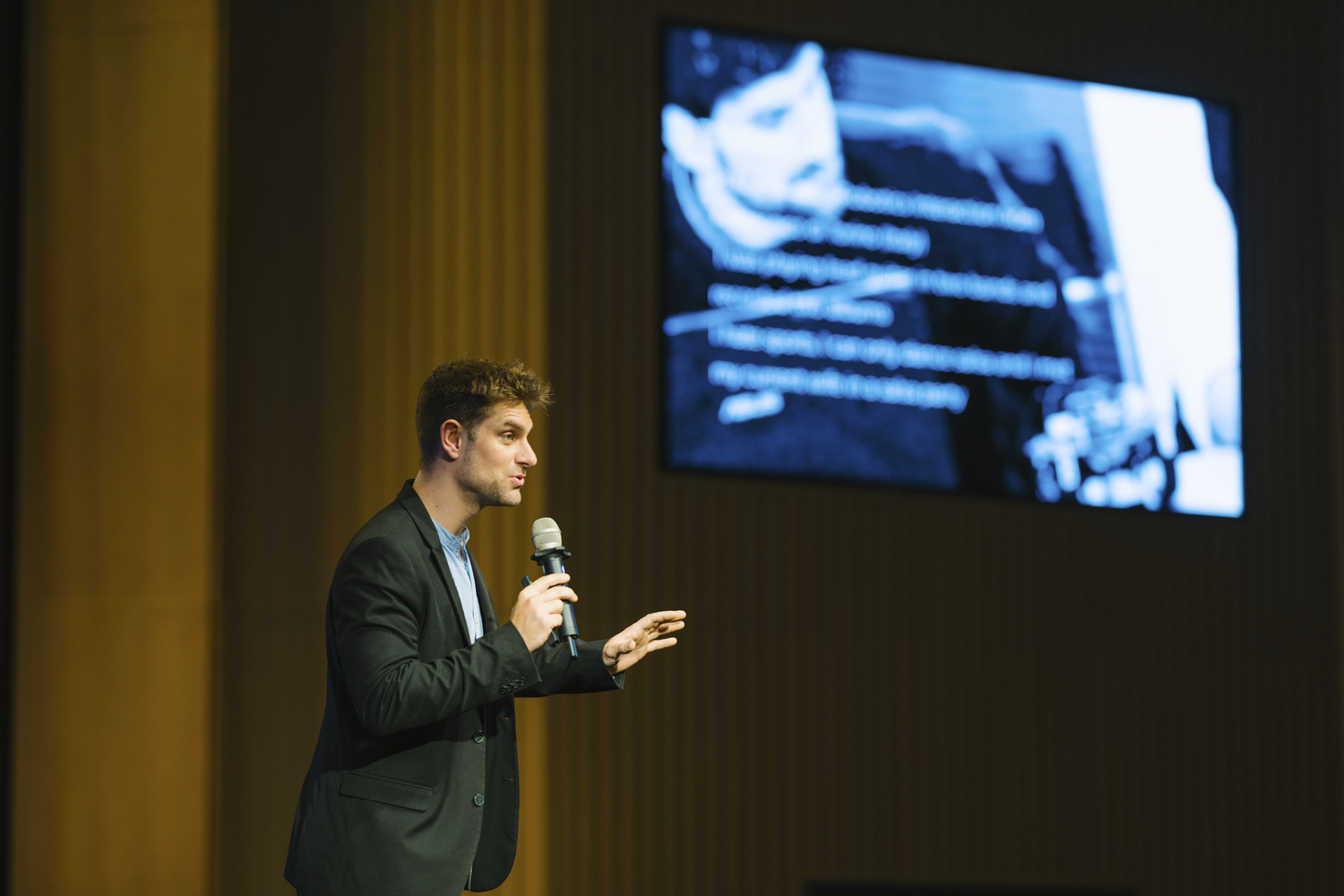 Pupils used their engineering knowledge to engineer novel and cost-effective ways to build bridges, learning about the strength of different shapes and the relationship between pushes and pulls.

This knowledge allowed them to splinter into groups and engage in healthy competition to see who could build the strongest and cheapest bridge.

They also donned the mask (and the rest of the outfit!) of forensic scientists and used the exact same technologies that police detectives have used for over a hundred years: blood spatter analysis and fingerprinting. 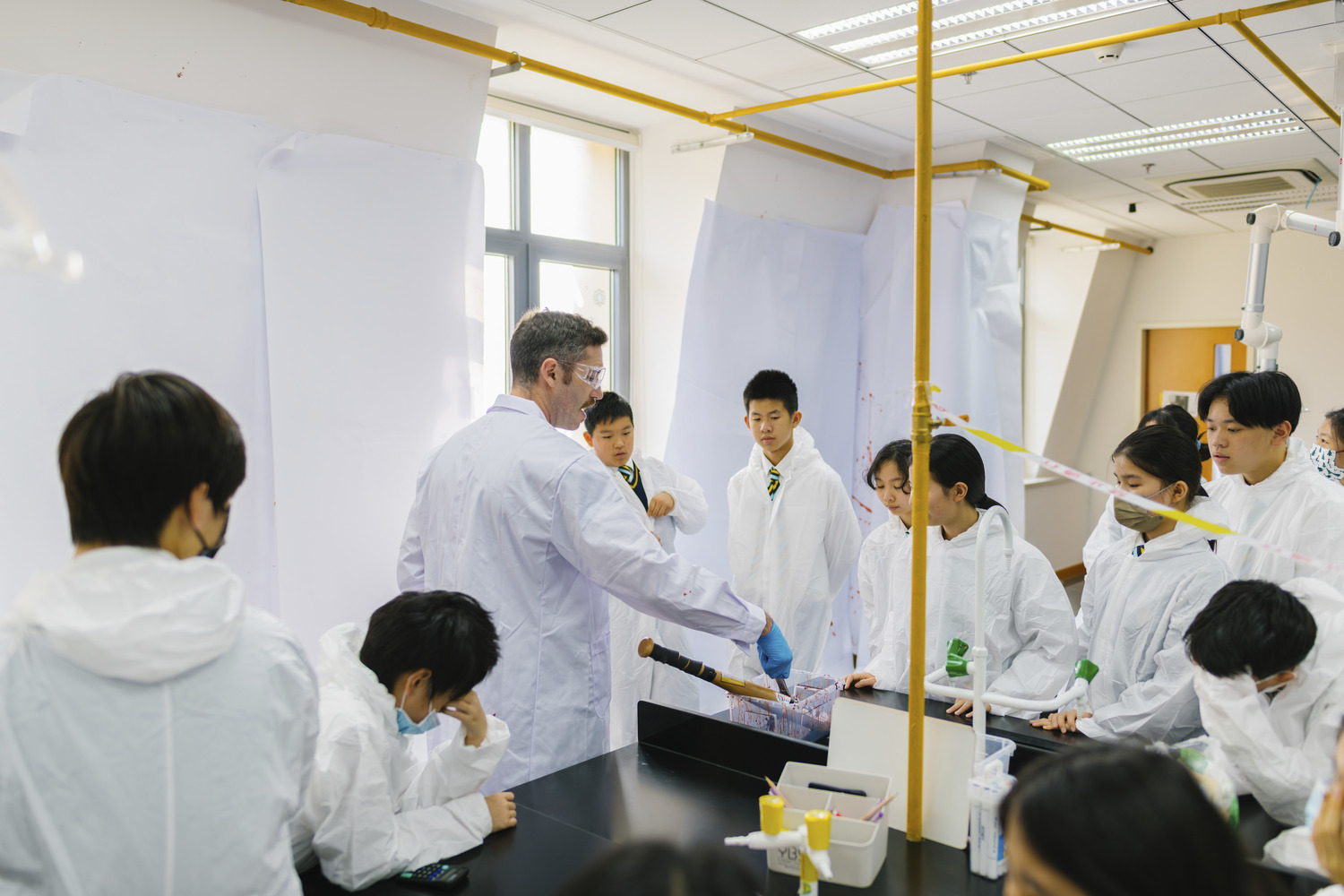 Pupils interpreted the patterns of blood spatter to investigate what instrument was used and analysed fingerprints to solve their very own murder mystery.

Pupils were also introduced to coding, through the visual programming language Scratch, which was developed by MIT to ignite a passion for coding in the younger generation. 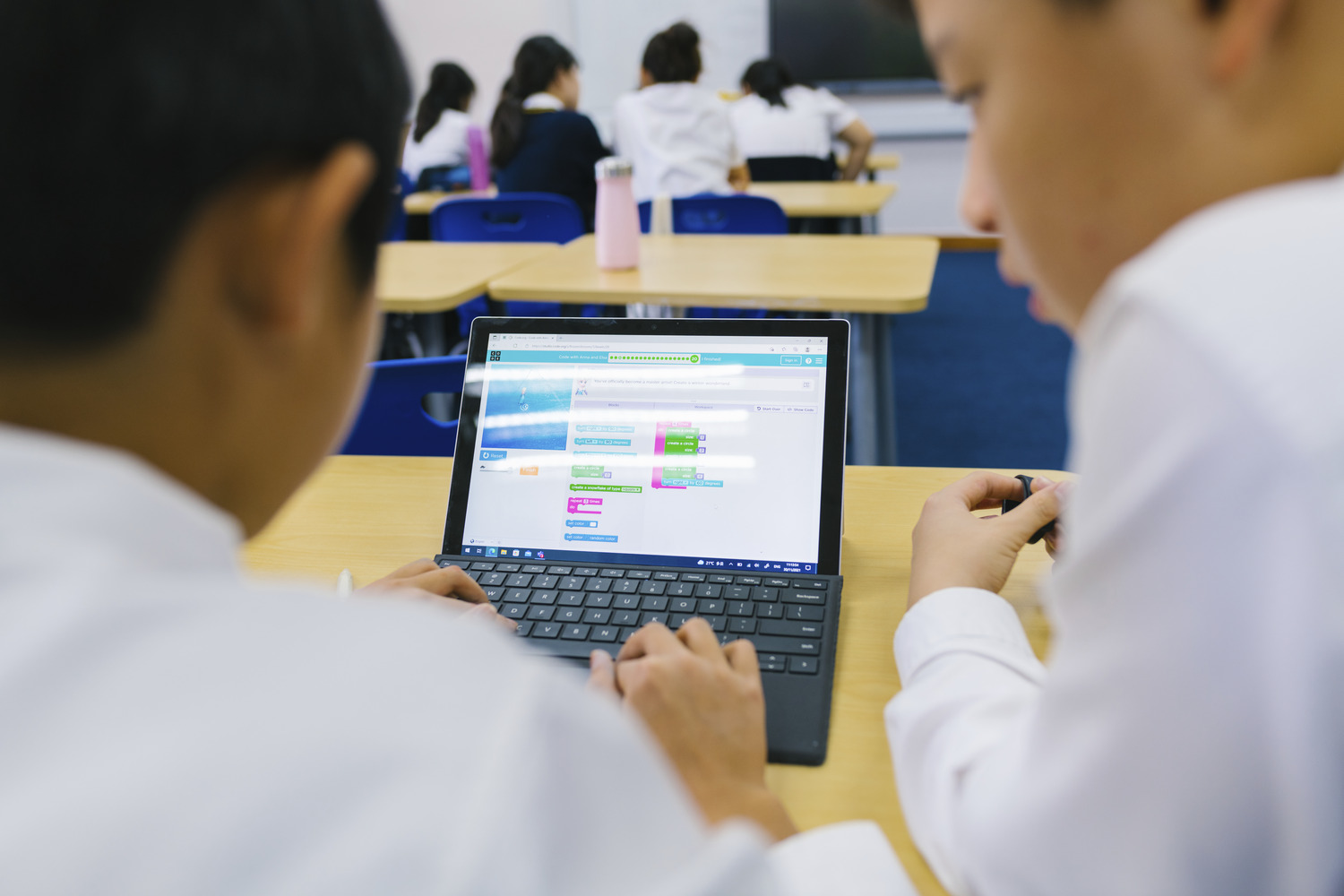 They learned how the backbone of their favourite software works and what supports the programs they regularly engage with. They learned how they can create their own software and began to practice skills that improve career prospects, help with data visualisation, and allow them a greater understanding of technology.

The scientist is not a person who gives the right answers; he is one who asks the right questions.

We hope that Huili’s Science curriculum alongside STEM Day have inspired the curiosity of our pupils and will continue to have them asking the right questions.