December 2nd , 2019 marked a memorable day for all the grade 1 pupils at Huili School Shanghai, when they joined the Little Red Star children’s group. The Young Pioneers Brigade, together with teachers of grade 1, held a simple yet solemn initiation ceremony in the school hall, based on the theme of ‘little red star in my heart’. Celine and Bosco were the pupil hosts of the ceremony, and they announced its opening confidently and in a composed way. 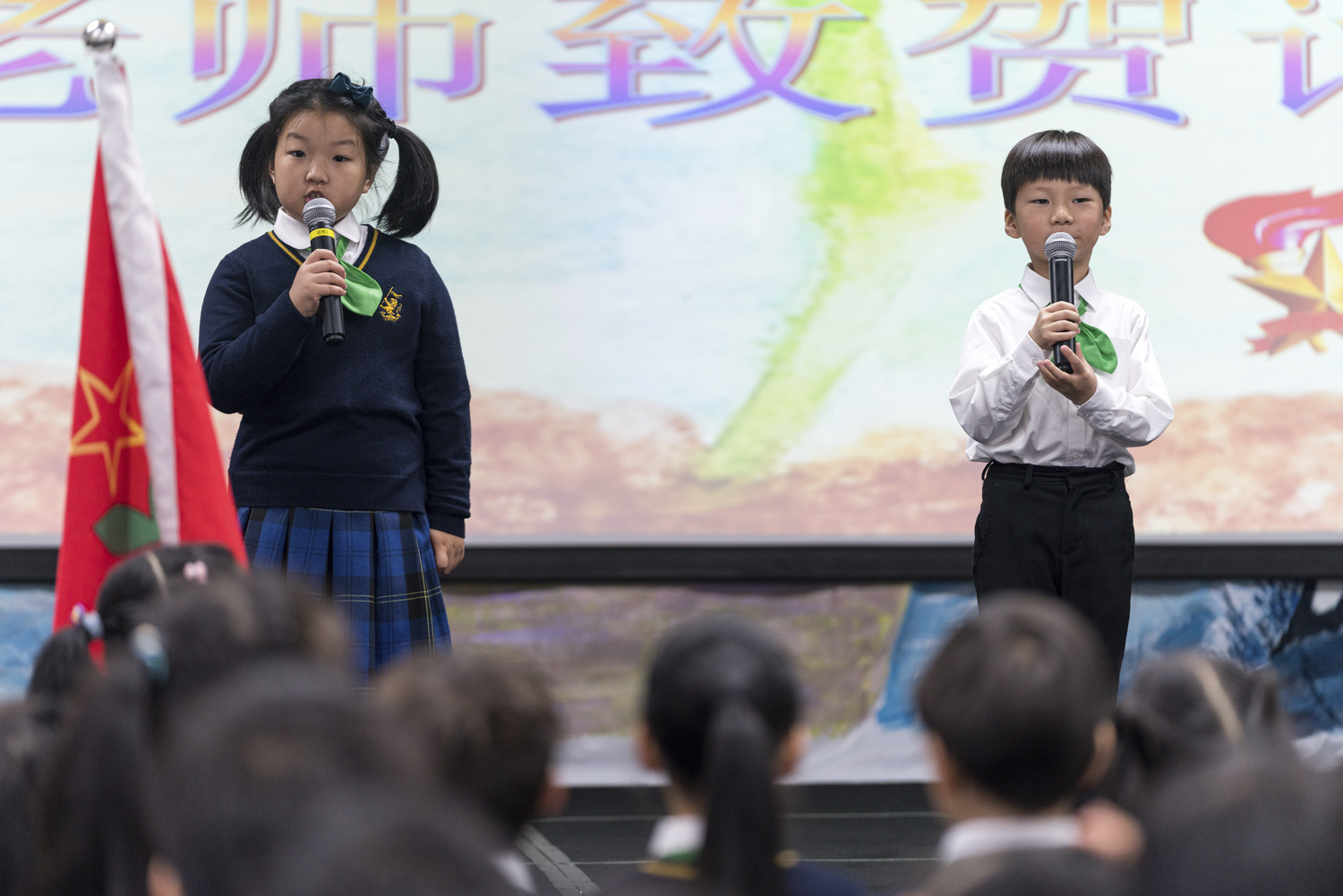 Then, the counsellor of the brigade announced the names list of those who were to join the youth league. With the accompaniment of ‘Green Scarf Song’, pupils proudly and joyfully received their green scarf from their instructors with both hands. Under the encouragement of their teachers, they all became members of the Little Red Star children’s group. 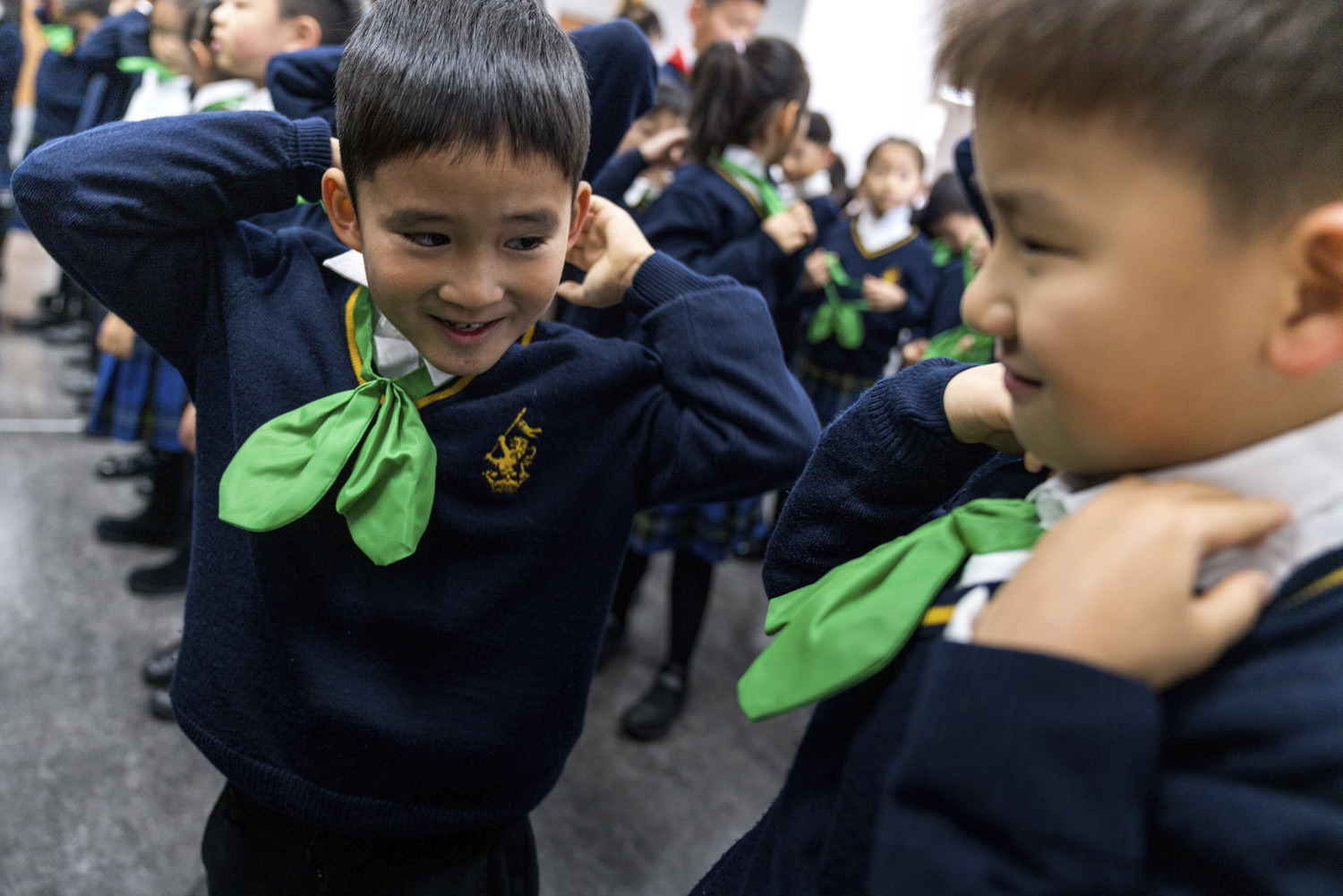 As the representative of the newly joined members, Hannah and Matthew delivered speeches, expressing their determination to embed Huili Values into their daily routines. In addition, all the members need to remember the five aims of this group while developing themselves into the ‘whole child’ that the school wishes them to become. 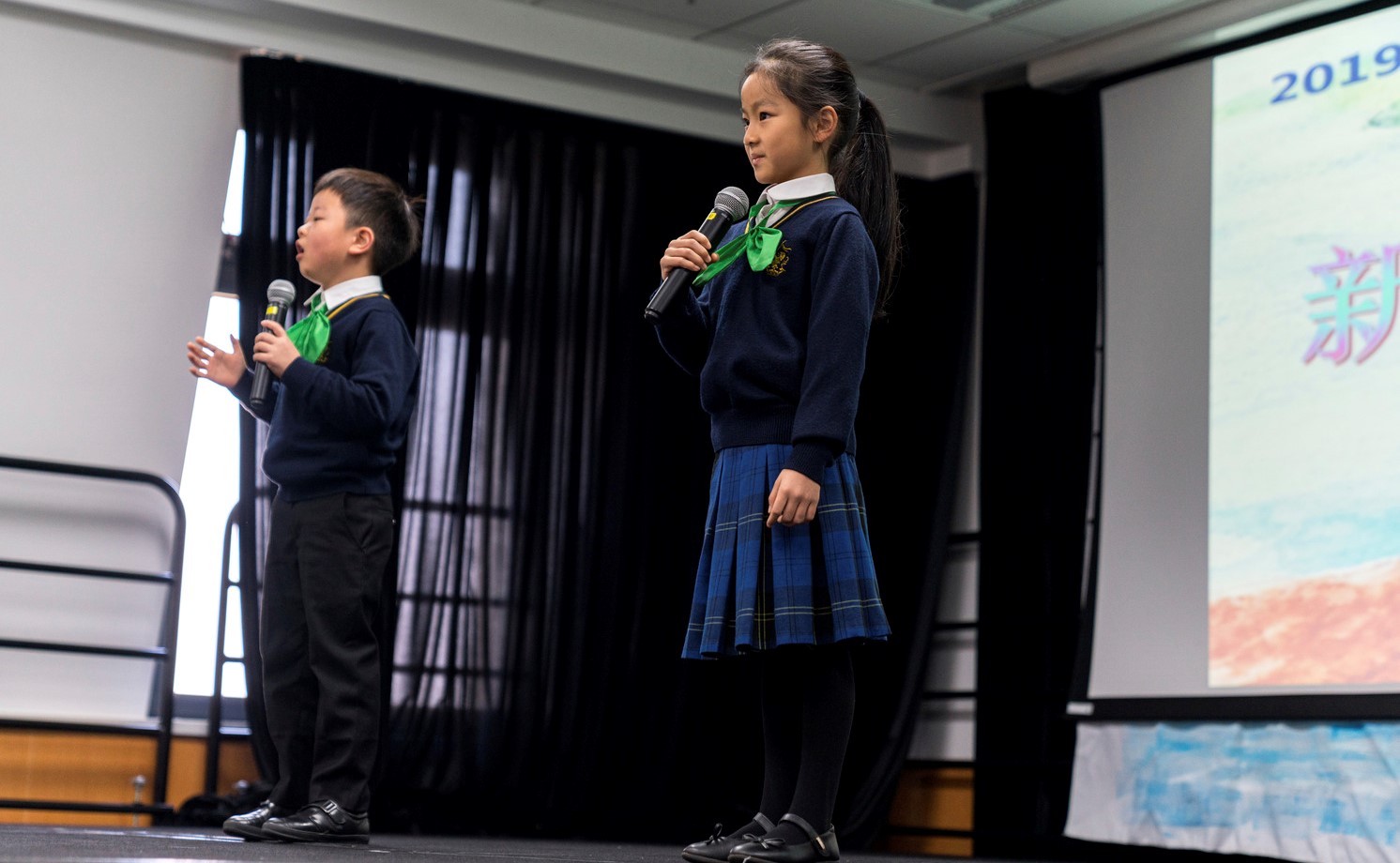 A member of the brigade, Mingming Yang, on behalf of the brigade congratulated these new members and shared the expectation that they would take part in the young pioneers brigade in the near future.

Vicky Wei of grade 1 spoke as the teacher representative regarding their wishes for these pupils: to bear the little red star in mind and strive to be an outstanding Huili pupil. 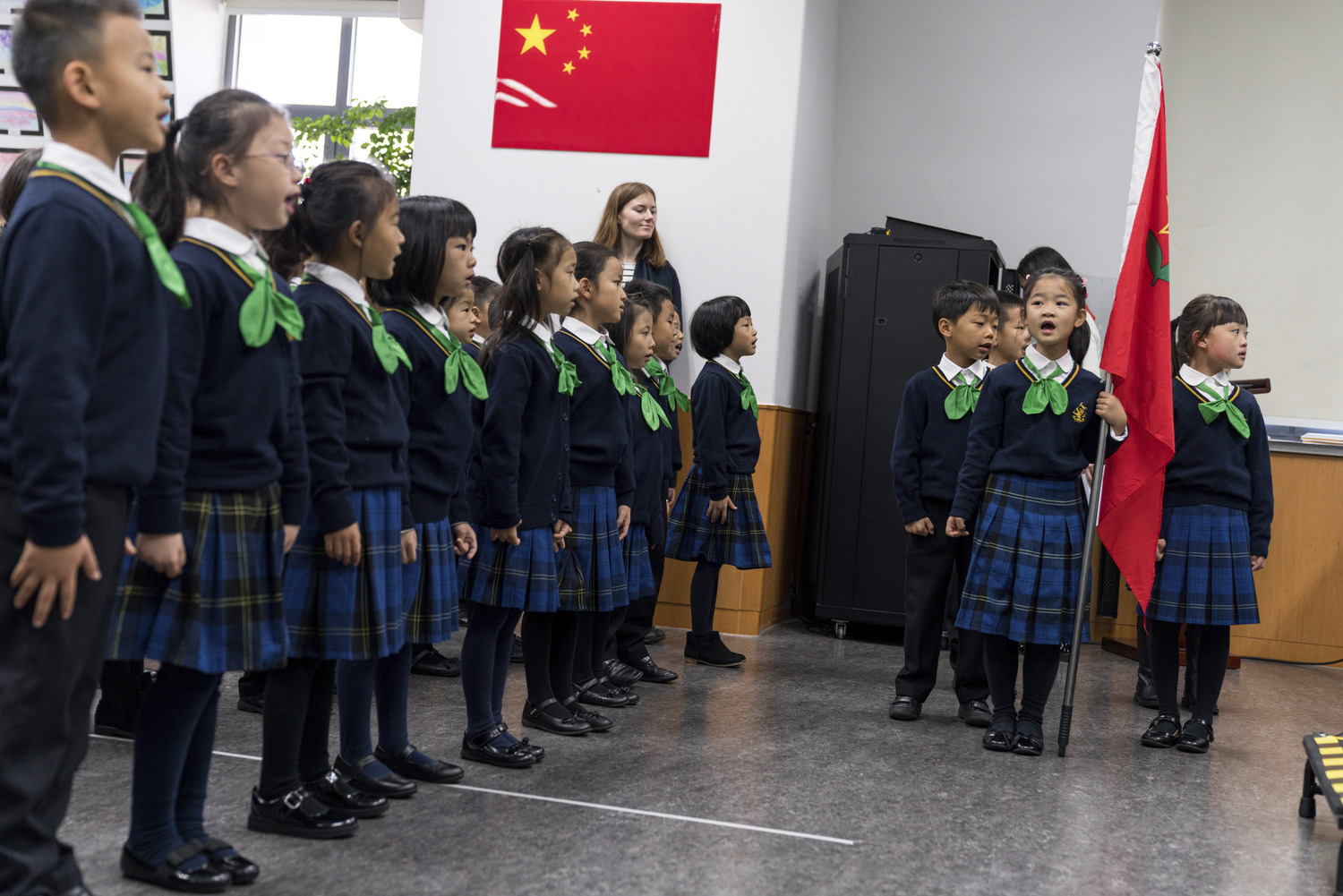 The counsellor led the members of children’s league in the ‘swearing in’ process:  “Keep the five aims in mind continually.” To which, all the league members responded: ”Be prepared to join the young pioneers.” Their loud and clear voices were a suitable demonstration of their determination to uphold this pledge. 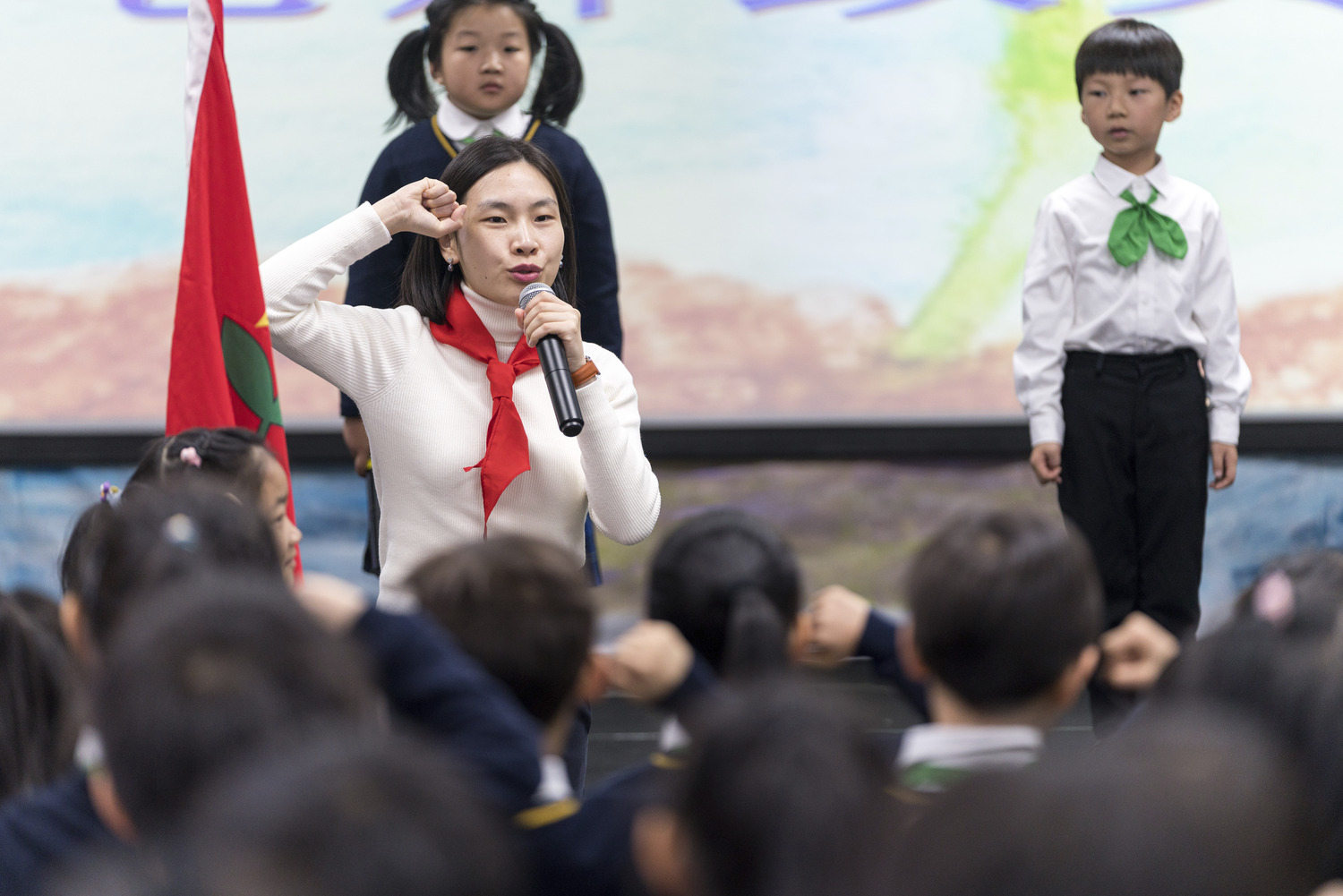 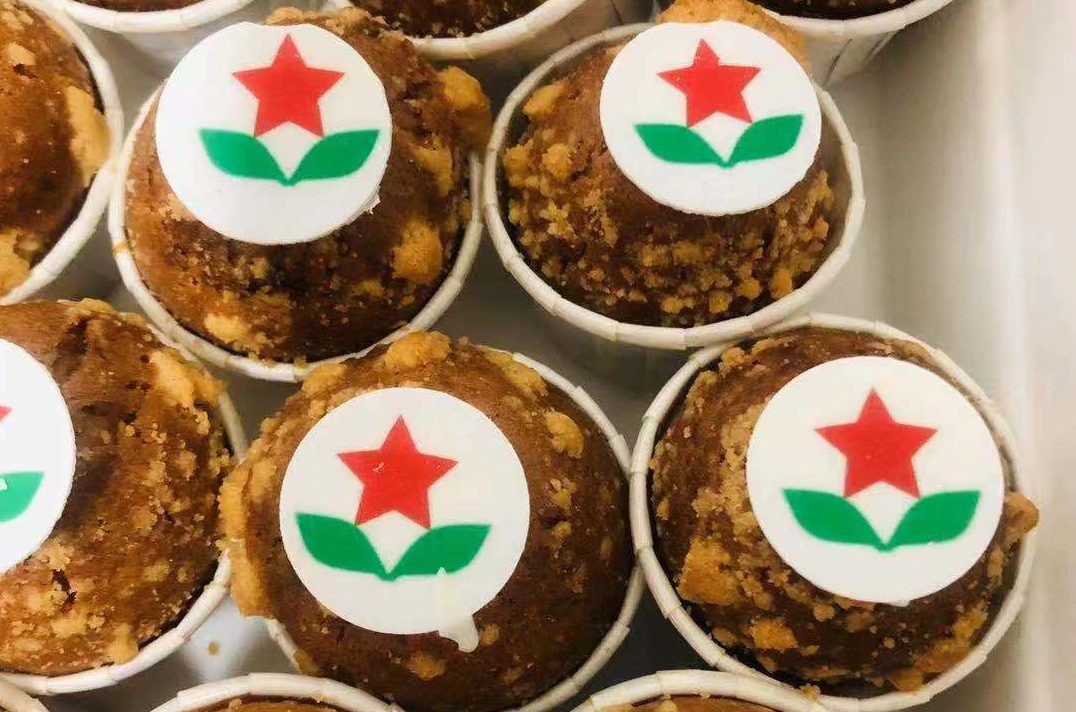 Under the guidance of the counsellor, the first batch of flag-bearers of the Little Red Star children’s group, including Nicole, Owen, Amy, Ryan , Alice, expertly completed their appointed tasks of the ceremonial ritual.  By wearing their green scarf, the red star will be kept in the uppermost of pupils’ minds.  We truly hope that they will thrive like spring seedlings and become ‘towering trees’ with the help of a positive mindset as well as knowledge that they gain in their studies and daily lives.   We will select a committee member of children’s group from each class of grades 1 and 2 and four group leaders who will attend regular meetings of our brigade along with brigade members. Thus, they can exert their influence on other pupils while developing their implementation ability and leadership. All this will make our Huili School into a more positive, loving and harmonious place.