Respecting our Differences, Celebrating our Similarities

During this week’s flag raising ceremony, students at Huili were presented with short performances of both a guzheng and piano, two cultural artefacts highly representative of the cultures they are from. When most people hear these two beautiful string instruments back-to-back, the first things that comes to mind is their stark contrast.

These two instruments are constructed in different ways with different materials, are played with different techniques, and produce vastly different sounds and melodies. Our human nature forces us to differentiate and categorise information to better understand the world around us and thus, our brains inevitably focus on each instruments’ distinctive characteristics.

However, at Huili, students are encouraged to open their minds to understanding and appreciating the similarities between these two instruments. In doing so, students need a deeper understanding of history and the developments of culture. On the simplest of levels, students were asked the following question: “China and the West have very different music traditions, but isn’t it amazing that all human cultures share a love of music?”

It’s also echoes the theme of this year’s culture week: “Respecting our Differences, Celebrating our Similarities.”

A case study into cultural similarities and differences

Teaching Huili students to both respect cultural differences and celebrate similarities between cultures is not just something that happens during culture week. A perfect example is Huili Grade 8 students’ first semester English Social Studies Team Project. Huili students were asked the question, in what ways do you think the perspectives of Chinese teens differ from British teens? The Grade 8 English Social Studies Team Project, based on the IGCSE Global Perspectives Team Project, followed the following steps: 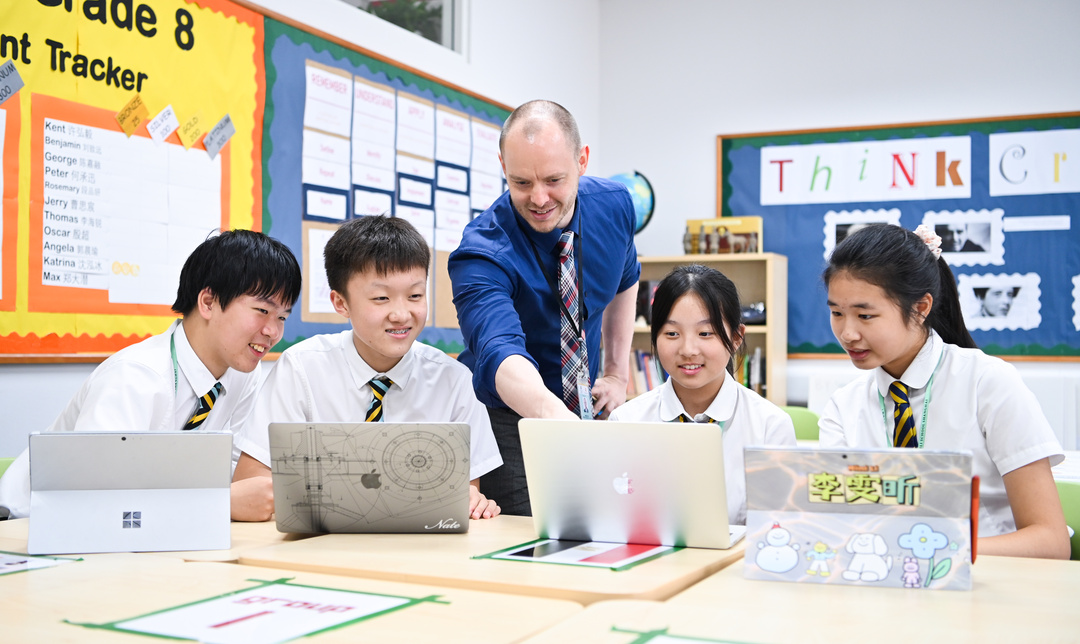 Huili student groups chose to investigate a variety of topics such as perspectives on gender equality, social media, artificial intelligence, renewable energy, climate change, and mental health among many others.

About 100 Huili students and 100 Wellington College UK students took part in the investigations by answering the survey questions. Huili students analysed the data to see if it matched their predictions of cultural differences. The results were surprising for students to say the least.

1. Student groups chose a cultural topic to investigate and researched Chinese and British perspectives on the topic

2. Groups hypothesised how the perspectives of teens in the UK and China may differ

3. Groups then created a questionnaire to test their hypotheses

4. Groups gathered data by having both Huili students and Wellington College UK students fill out the questionnaires. They then organised and analysed the data to determine if their research supported their hypotheses

5. Groups communicated their finding to staff and students in the form of a group presentation and project display poster

6. Each student then wrote a reflection of the project, focusing on their learning about the cultures of both China and the UK, and evaluating their outcomes and work process 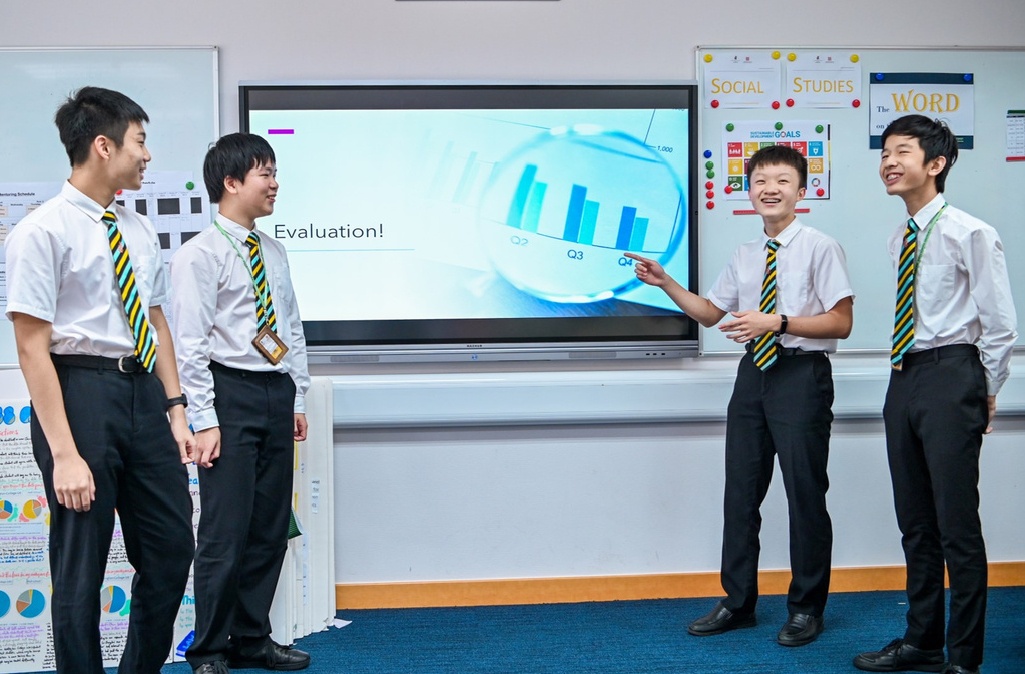 As each group presented their findings, one similarity continued to arise: that British and Chinese teens’ perspectives were far similar than they were different. In fact, every group found that for most questions, there were far more differences within one’s own culture than across cultures. This echoes research done in Dutch researcher Geert Hofstede’s Cultural Dimensions Theory.

Research question：Do you think women are better than men at raising children?

a) Women are not generally better than men at raising children

b) Women are generally better because gender roles in society push females into the role of caregiver, giving them more experience and increasing their effectiveness

When Huili students analysed the results, they found huge discrepancies within each individual culture. The results from Huili responded showed an almost equal split amongst the choices, indicating that there is not a common cultural perspective amongst Huili students on this question. Interestingly, when both cultures’ averages were measured, they were fairly similar. Results such as these were very common.

Research question：To what extend do you agree with the following statement: Social media is damaging teens' social skills?

Huili students responded with answers across the spectrum, ranging from strongly agree to strongly disagree. However, when comparing the averages, again British and Chinese teens were remarkably similar in their majority answers, as well as the diversity of perspectives within their own cultures.

Huili students successfully identified one of the weaknesses of their research: the fact that Huili and Wellington College UK students are not representative subsets of the teenage population of their respective countries, leading to one students proclaiming, ‘we need to take these findings with a grain of salt.’

Another key finding amongst Huili students was put perfectly by a student in her reflection paper who wrote:“I realised that many of my perspectives of British people were based on stereotypes I had gained from media, such as film and television.” 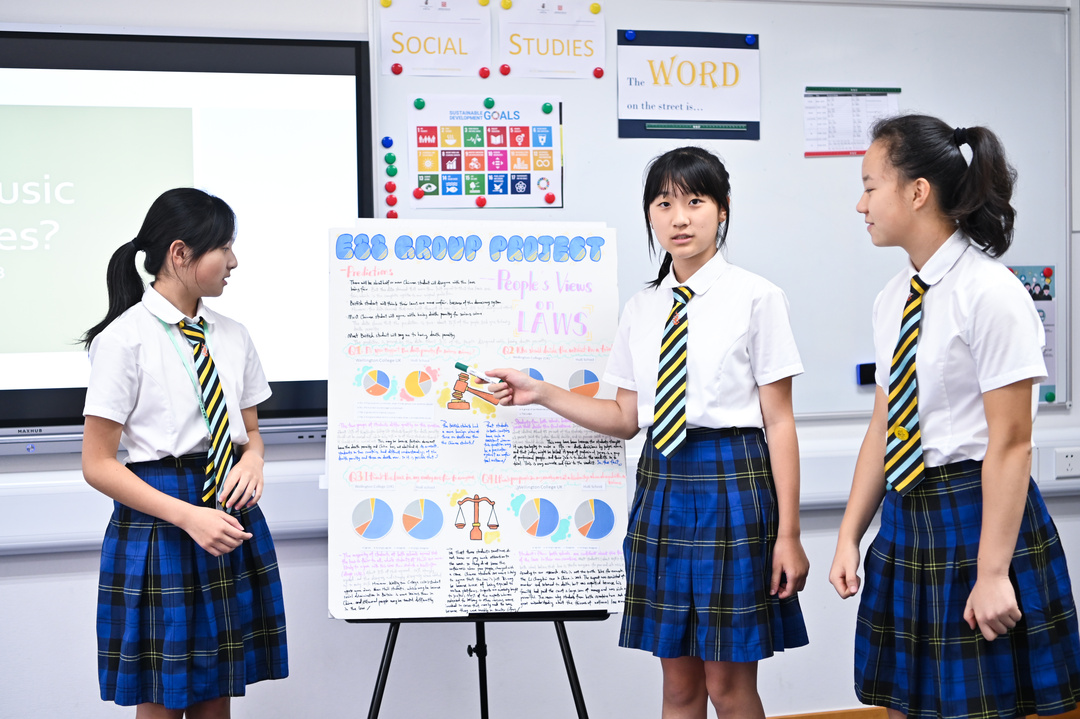 Most Huili students were surprised at how similar their perspectives were to their peers in the UK and reflected on how their life experience had developed their perception that they were more different than they actually are. One student reflected in her paper: “I assumed British teens would have different mindsets than Chinese teens but was surprised by how my perspectives on some topics were more similar to individual British respondents than my own classmates at Huili. I learned that we cannot simply group people together and make assumptions about the way they think based on their cultural backgrounds.”

By conducting primary research into other cultures, students can begin to develop respect and empathy for people of other cultures, break down their stereotypes, and realise first-hand the ways in which they connect to individuals from other cultures.

In Culture Week, Students from Grade 1-8 have studied the cultures of Brazil, Mexico, New Zealand, South Korea, South Africa, Italy, Thailand, Ethiopia, and Turkey. Throughout their learning, they have dived into the different art and sport traditions of their respected countries, learned about the different holidays and festivals, and explored the history and daily lives of people of their countries.

Huili school celebrated World Heritage Day on June 23rd as a part of Culture Week. In primary, each grade learned about the culture of a specific country during Theme lessons in the lead up to World Heritage Day. In Junior High School, students were divided into Houses to learn about different cultures in their social studies lessons. The day was the culmination of weeks of learning.

The biggest event of the day was our full school student-led culture fair. The fair spanned the entire school and allowed students the opportunity to present their learning to Huili students and staff. For example, in Junior High School, Li House learned about and presented the culture of Thailand. The Li House area was transformed into a cultural presentation of the country. Grade 6 Li House students created kiosks with information about Thai culture and how it compared and contrasted to Chinese culture. Grade 7 Li House students created cultural appreciation workshops about Thai cooking and dancing. Finally Grade 8 Li pupils created problem-solving workshops about Thailand’s gender and educational inequality.

By learning about other cultures, students can develop a respect for people of other cultures and begin to empathise with the perspectives of others, building towards our goals of creating inclusive students at Huili. Huili students are encouraged to appreciate and celebrate the similarities between Chinese culture and the cultures of other countries. It is true that each culture has different arts traditions but in each country of study, art is an important form of emotional and social expression, used to commemorate something important within the culture and awaken the artists’ audience.

In each country, festivals are different and yet, in each culture, festivals are times for recognising and celebrating cultural heritage and tradition as well as a time to allow us to share moments with our loved one. Finally, each country has different social structure that make daily life distinct. However, in every culture of study, parents work to support the community and their families while children are taught in the hope of growing to create a better future for the society. The fact is, humans are far more similar than they are different and it is important to celebrate our commonalities as human beings.

Skills for the 21st century

However, as the world has globalised, a local problem in one country can affect the entire world and may require global solutions. As Huili students get older, they will have the opportunities to contribute to global problem solving. By respecting the different perspectives of others and celebrating our commonalties as humans, Huili students put themselves in the position of becoming outstanding local, national, and global citizens.

Being ‘Together’ through the Arts